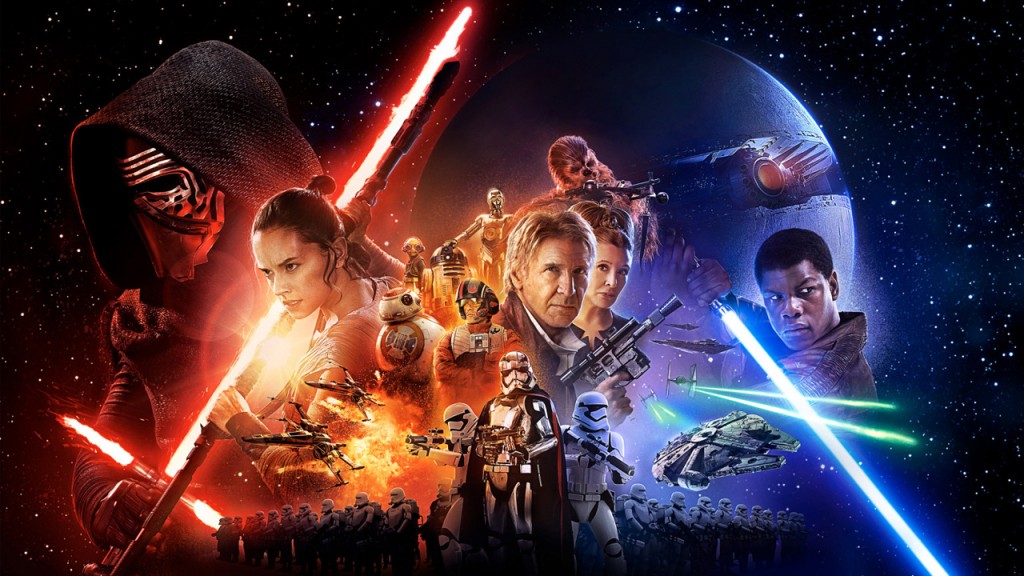 It’s incredibly easy to pick apart a movie and find its flaws.  As you can tell from many of my reviews, I am no stranger to doing this to movies.  I could spend hours talking about what JJ Abrams missed in the new Star Wars movie, where he diverged from cannon, where he asked us to suspend disbelief way too much, where he copied too much from the original trilogy, where he didn’t copy enough from the original trilogy.  But no matter how much you nit pick, THIS IS A FINE FILM AND A WELCOME ADDITION TO THE STAR WARS UNIVERSE!

End of story is, it takes giant effin cojones to take the reins on one of the world’s most beloved franchise; good for you JJ, and thank you for doing so.  The Force Awakens is a resounding success.  Abrams is a self professed fanboy and has reinvigorated the science fiction genre with his movies and TV shows.  He tackles Star Wars head on and approaches is with love and excitement, finding a wonderful balance between nostalgia and excitement.

Nobody wants to read spoilers, but I’ll just say that the new heroes, newcomers to the silver screen, are wonderful.  The old generation comes into play and helps make a seamless transition from Episode 6 to episode 7.  The force is in good hands, and the dark side seems as evil as ever.

Abrams keeps the feeling of the original trilogy in mind through every scene.  He abandons any new shiny CGI in exchange for, well, old beat up looking CGI.  Even with super special effects, you do believe this happened a long time ago in a galaxy far far away.

May the force be with you,

One thought on “Fernando’s ‘Star Wars: The Force Awakens’ Review!”