Whovians, Prepare To Celebrate Christmas On The Big Screen!!!

If you’re getting tired of your Doctor Who on the small screen, things will be changing for you soon! No, the entire series of DW is not going to be on big screens or anything like that, but there will be one episode available in theaters and it’s a bit one…the Christmas special! 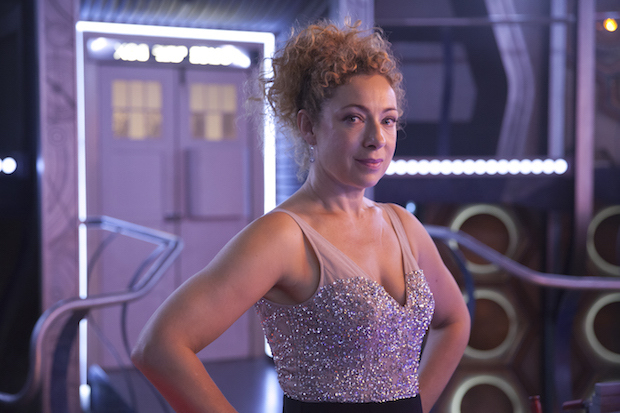 Not all theaters are going to participate in this, but over 300 movie-houses will partner with Fathom Events to bring us the Christmas special the way it was meant to be…bigger on the inside.

Tickets go on sale tomorrow and with the purchase price, you don’t just get the episode in all it’s glory, but you get a few extras to go with it. One of which is an exclusive interview with Alex Kingston, and a 15-minute behind-the-scenes featurette starring Peter Capaldi and Steven Moffat. There are two days for you to get in on this big screen delight, 12/28/2015 Monday and Tuesday on 12/29/2015. The showings only consist of the one episode, so going twice won’t get you any additional on-screen greatness.

The official synopsis accompanying the release goes like this: “It’s Christmas Day in the future and the TARDIS is parked on a snowy village street, covered in icicles, awaiting its next adventure. Time traveler River Song meets her husband’s new incarnation, in the form of Peter Capaldi, for the first time this Christmas.”

I’ve only attended one Fathom Event, ‘The Boondock Saints‘ anniversary showing, but this just might be enough to draw me back!