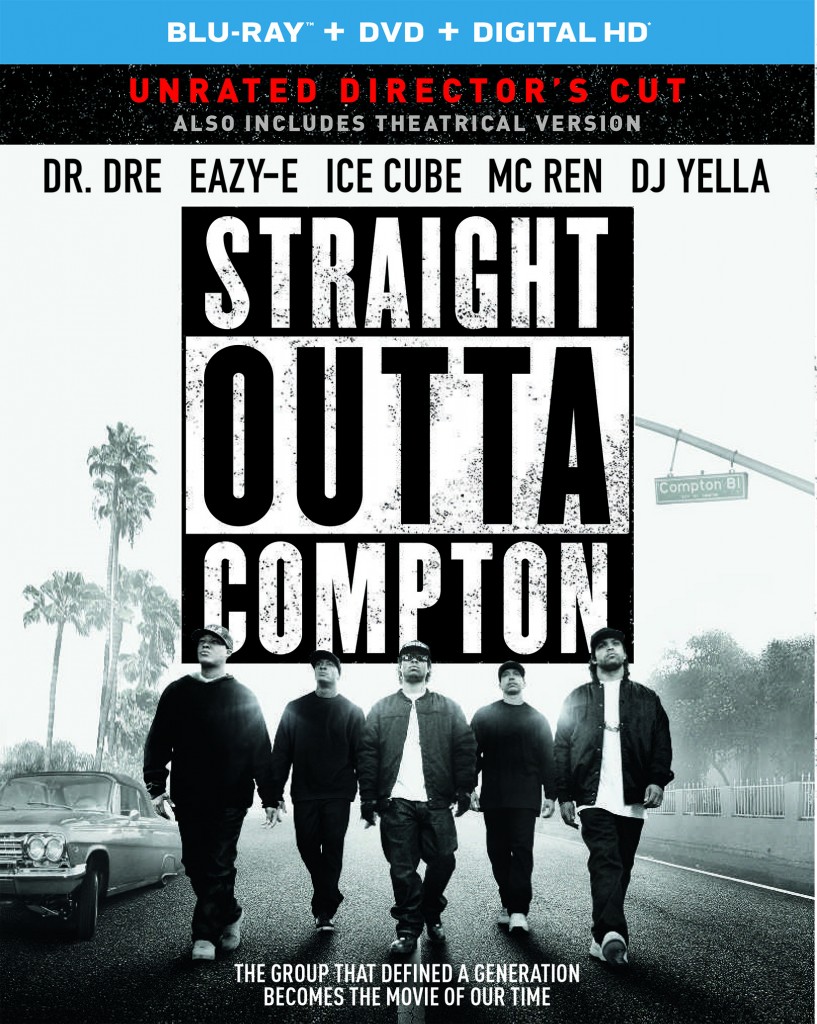 The music changed the world and the movie began a whole new genre of exciting film making and it’s now ‘Straight Outta Compton‘ is making its way to your homes, SUV’s, The Bahamas, or anywhere else you want to take it for that matter. If you think just seeing it in theaters is going to be enough, think again, because this one is the Unrated Director’s Cut!

Universal Pictures Home Entertainment and director F. Gary Gray took a story from S. Leigh Savidge, Alan Wenkus and Andrea Berloff turned screenplay by Berloff and Jonathan Herman with screen skills from actors O’Shea Jackson, Jr., Corey Hawkins, Jason Mitchell, Neil Brown, Jr., Aldis Hodge and Paul Giamatti. It turned into what may be the movie of the year and it can be yours on Digital HD January 5, 2016 then Blu-ray and DVD on January 19, 2016. 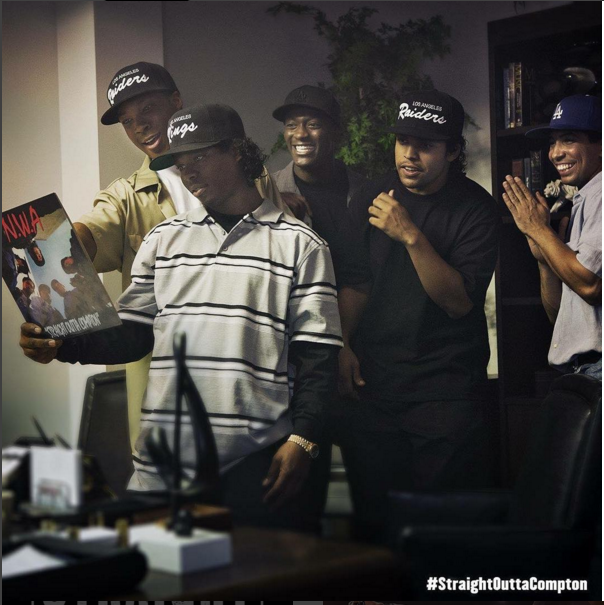 In 1987, five young men, using brutally honest rhymes and hardcore beats, put their frustration and anger about life in the most dangerous place in America into the most powerful weapon they had: their music. Taking us back to where it all began, ‘Straight Outta Compton‘ tells the true story of how these cultural rebels-armed only with their lyrics, swagger, bravado and raw talent-stood up to the authorities that meant to keep them down and formed the world’s most dangerous group, N.W.A., Ice Cube (Jackson Jr.), Dr. Dre (Hawkins), Eazy-E (Mitchell), DJ Yella (Brown), MC Ren (Aldis Hodge) with Giamatti playing the group’s manager. As they spoke the truth that no one had before and exposed life in the hood, their voice ignited a social revolution that is still reverberating today.

If you’re buying the movie, chances are you’re going to be interested in the ‘Straight Outta Compton: The Soundtrack‘, this collection includes key tracks from the film including the title track, in addition the ‘Straight Outta Compton: Original Motion Picture Score‘ will be releasing separately but at the same time on January 8, so pick it up as a digital download, physical CD or if you’re more sophisticated in your musical devices it’s also being pressed as a 2-LP vinyl set. 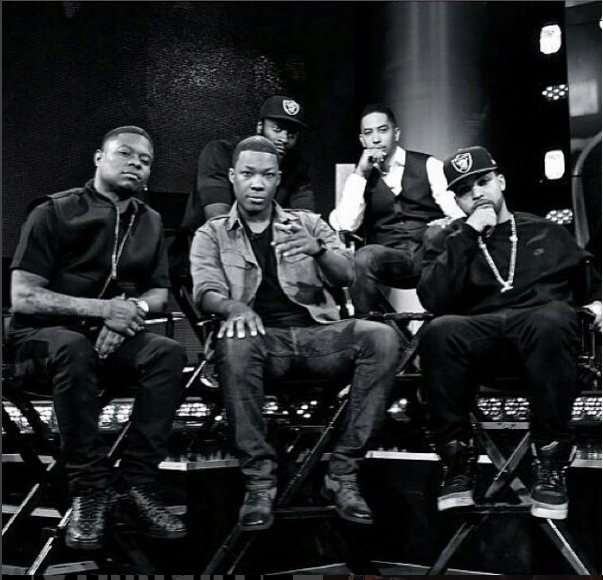 BECOMING N.W.A. – An in-depth look at how the producers and F. Gary Gray tackled the challenging task of casting these larger than life creators of gangster rap.

N.W.A.  THE ORIGINS – N.W.A. was a group that changed history.  Dr. Dre, Ice Cube, DJ Yella, and many others talk about their start in the 80’s and where it all began.

IMPACT – An exploration of the impact N.W.A. and specifically their breakout album that changed everything.

DIRECTOR’S JOURNEY – Utilizing a large amount of stand up interviews, we follow F. Gary Gray through the streets of Compton as he brings together the story of the founders of gangsta rap.

THE STREETS: FILMING IN COMPTON – Take a look through the lens of Director F. Gary Gray as he perfected the authentic feeling of what it was like to walk the streets of Compton.

N.W.A PERFORMS IN DETROIT – We go behind the scenes of what this performance meant to the original members of N.W.A. as they saw their lyrics spark controversy against the corruption of the police in Los Angeles, as well as the thoughts of the actors performing the song on stage for the movie.