‘Gilmore Girls’ Are Leading Us To Netflix!!!! 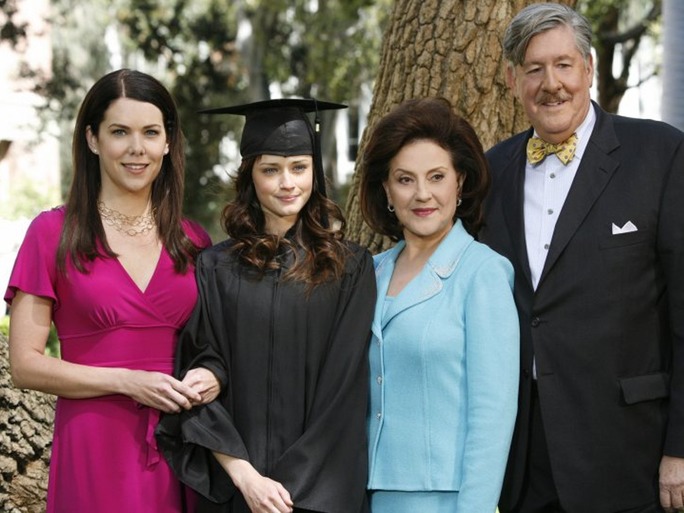 We of the Stars Hollow faithful can rejoice now that Netflix has resurrected one more TV series long thought gone forever. ‘Gilmore Girls‘ is joining the ranks of ‘Full House‘ and ‘Arrested Development‘ as series that are seeing a revival once more on the streamer.

Warner Bros. and Netflix are working with the series creator Amy Sherman-Palladino, who wasn’t involved in the final season during it’s original run, will be back to pen the revival. Others expected to return are Lauren Graham, Alexis Bledel, Kelly Bishop and Scott Patterson. This means we have the Gilmore matriarchy all ready to take on their respective roles of Lorelei, Rory and now that Edward Herrman has passed, Emily, as the head of the family. One name we aren’t likely to see taking her place among the cast is Melissa McCarthy’s. She’s become a juggernaut and has her own series taping, not to mention a very busy film career. I would have loved to see what Sookie and Jackson had going on in their lives during this gap, but there may still be a way to work it in. Speaking of Herrman, any revival wouldn’t be doing the original justice if there wasn’t a proper goodbye to the family’s beloved patriarch.

Instead of coming back with a new season of 10 episodes, there are plans to make four 90-minute episodes. The ATX TX Festival saw Sherman-Palladino reunite with the show’s cast and promised the cast, fans, and maybe even herself that it will be done correctly. We began the journey of the Gilmore’s together in 2000, the series ended in 2006 and now, 10 years later, there is more than enough material to work with to answer all of our lingering questions that went unanswered. I’m ready to see Stars Hollow back and just as quaint as ever, not to mention all those living there.