Check Out The Trailer for ‘Ratchet & Clank’ The Movie!!! 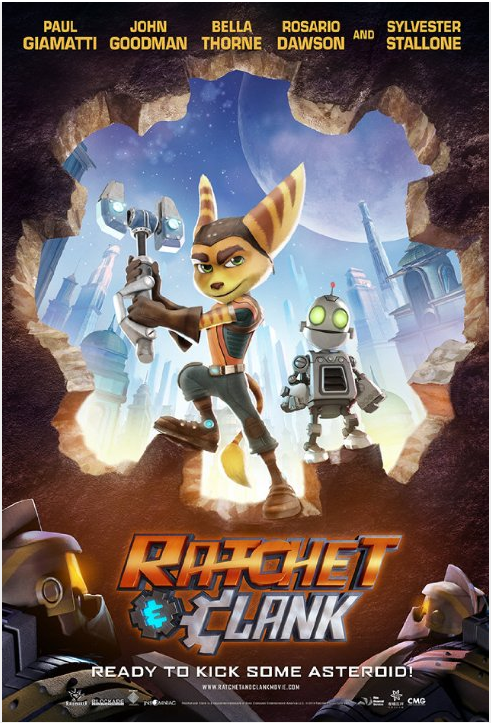 Beginning in 2002 ‘Ratchet & Clank‘ took the world by storm, well, at least the game playing world. After an attempt, by Sony, in 2005 to bring the property to a live-action film failed, the project was re-imagined as an animated feature. Ironically the new PS4 game will be based on this film, which is based on the first game.

Ratchet and Clank tells the story of two unlikely heroes as they struggle to stop a vile alien named Chairman Drek from destroying every planet in the Solana Galaxy. When the two stumble upon a dangerous weapon capable of destroying entire planets, they must join forces with a team of colorful heroes called The Galactic Rangers in order to save the galaxy. Along the way they’ll learn about heroism, friendship, and the importance of discovering one’s own identity. The film bows April 29, 2015.