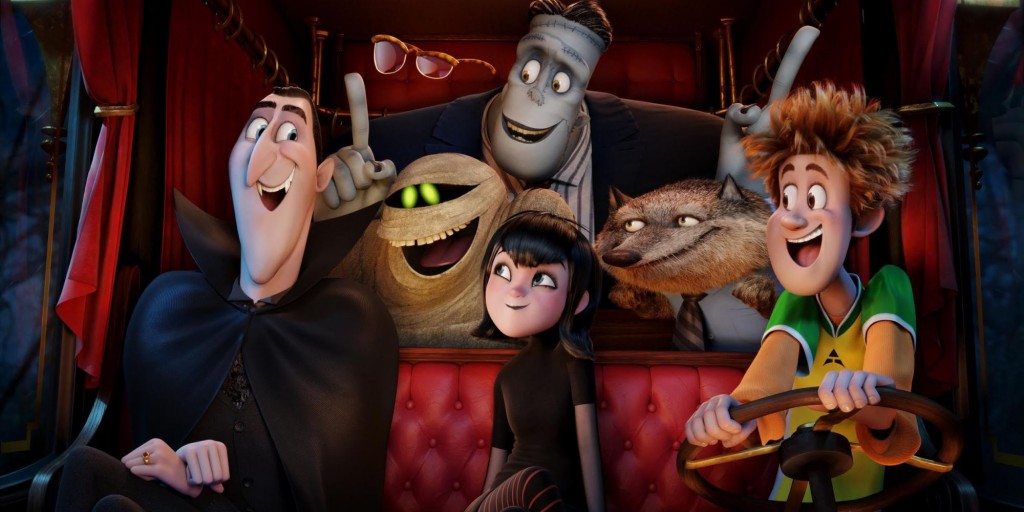 Through the misty clouds we swoop over the land and into Hotel Transylvania.  Immediately, I wish I could have viewed the film in 3D as it will be available in release.  Next, a large banner is unfurled.  Jonathan (Andy Samberg) and Mavis (Selena Gomez) are getting married.  Jonathan’s straight-laced suburban family is introduced to Mavis’ comical yet ghastly family.  Wait until you see the wedding photos.

The gangs all back:  Drac (Adam Sandler), Frank (Kevin James), Wayne (Steve Buscemi), those crazy cubs, Murray (Keegan-Michael Key), etc.  Mavis and Jonathan begin a speedy journey through married life.  Drac is pretty much the same, overprotective and smothering.  Viewers are in for more wacky adventures in Hotel Transylvania 2 displaying the different stages of life for all three of them and then some. 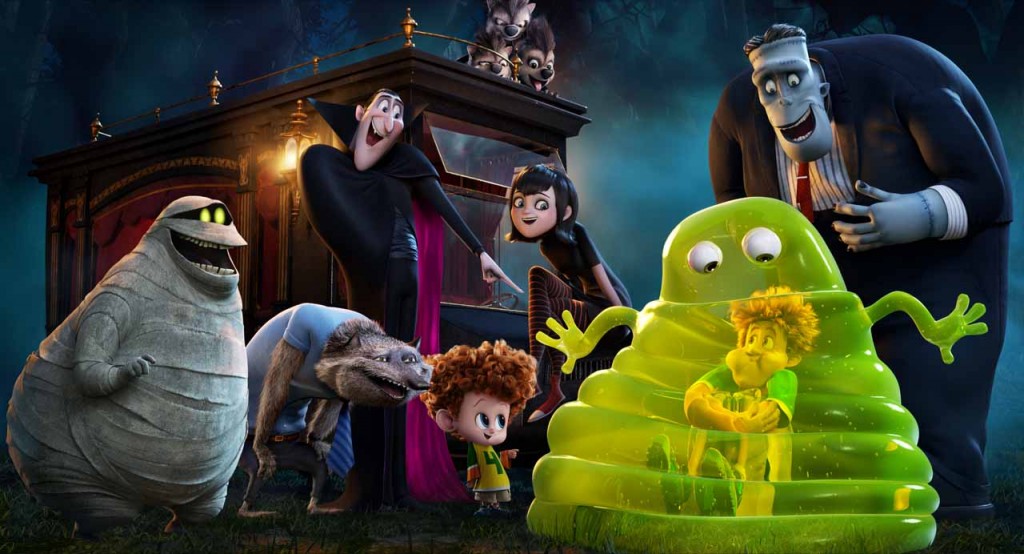 The plot ran fast, leap frogging over time in quick succession.  No wonder the plot ran fast because plot lines were lifted from the first film and dressed in a new suit.  This is age appropriate since children don’t need to see the newlywed phase.  The soundtrack motivates the viewer to shake it and the musical score was well matched in creepy, fun times.  The film has a few innuendos (invisible purple nurples anyone?) and messages (pride teeth?), which were not appropriate for children, especially not little children that are the target audience.

As far as I know, no rating for Hotel Transylvania 2 has been assigned.  This is never a good sign, but the first film was rated PG.  It’s sad what is considered PG these days.  That being said, Sandler should keep to animated film, because in a controlled production environment he can splice together a decent film.  Slow motion and medium pans were well used and not overused so the action scenes were amusing and engaging.

Hotel Transylvania 2 is as entertaining as the first installment.  Blah, blah, blah.