Check Out The Trailer For ‘The Big Short’!!!

‘The Big Short‘ comes from director Adam McKay, and if you’re familiar with his films and Will Ferrell, you know the two go hand in hand. ‘Anchorman: The Legend of Ron Burgundy‘ and the sequel, ‘Step Brothers‘, ‘Talladega Nights: The Ballad of Ricky Bobby‘ and more, this project takes a departure from the funny and drops hip-deep into the dramatic. 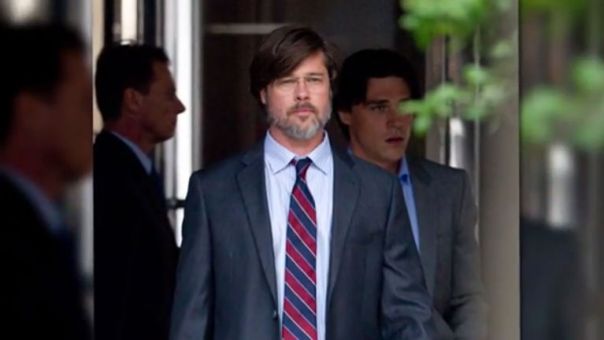 McKay wrote as well as directed the pic based on the book of the same name by Michael Lewis. Lewis has made quite a name for himself as several of his books have become films with very solid showings, like ‘The Blind Side‘ and ‘Moneyball‘.

‘The Big Short‘ tells a story occurring in the financial crisis of 2007-2010 with the build-up of the housing and credit bubble. Brad Pitt starred in ‘Moneyball‘ and took up production post for this film as well as starring in it. He appears alongside Christian Bale, Ryan Gosling, Steve Carell, Karen Gillan and Marisa Tomei. We have the first trailer for you to tide you over for the big screen release on Christmas Day.