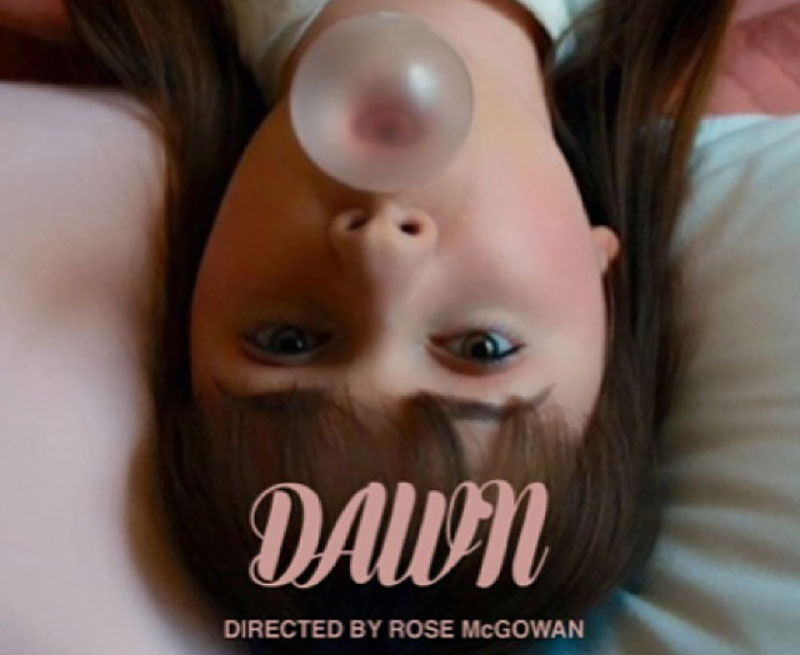 Rose McGowan is probably best known from her work on ‘Charms‘ and actress is the occupation we’re used to seeing her fill but she’s decided she’s ready to direct and is sharing her freshman effort behind the camera with her YouTube fans.

‘Dawn‘ tells the story of a young girl’s budding sexuality and one’s desire to experience the unknown. Dawn, played by Tara Barr, is a quiet young teenager living in Kennedy-era America who longs for something or someone to free her from her sheltered life. When she strikes up an innocent flirtation with the boy who works at the local gas station (Reiley McClendon), she thinks that he could be the answer to her teenage dreams. Though when she invites the boy and his friends into her otherwise cloistered world, she gets a lot more than she bargained for.

I’m hooked with the description, knowing there’s got to be a great twist to this tale and I can’t wait to find out what it is. McGowan picked a great storyline for her first at-bat with a script written by M.A. Fortin and Joshua John Miller, a duo that is fairly new to the scripting game. Miller does have the 1999 semi-autobiography ‘The Mao Experiment‘ novel and screenplay under his belt but the two have gone on from ‘Dawn‘ to work on ‘The Final Girls‘ and the TV movie ‘Queen of the South‘.

McGowan is sharing ‘Dawn‘, at no cost, on her Youtube Channel. McGowan has gotten so comfortable in her new role that she’s taken on her next project and is currently in pre-production for ‘The Pines‘, written by Alex Mar who directed the documentary ‘American Mystic‘. As of now, we don’t have any kind of synopsis for her new project, but until we get more information, check out ‘Dawn‘, it’s only 17 minutes, but it does what it needs to.