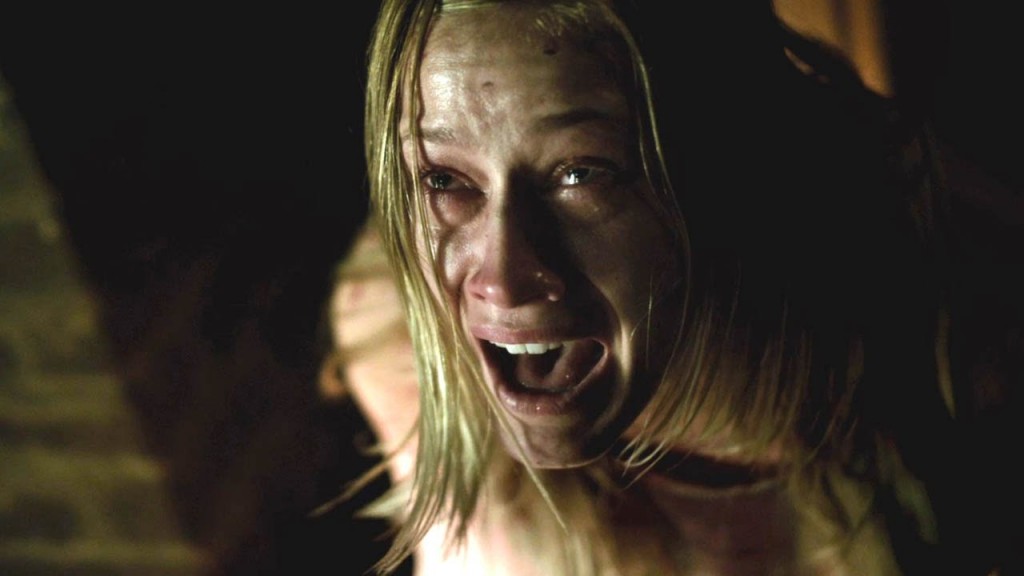 It is easy to take a film or genre that has met with success and copy the ever-loving crap out of it. In fact, Hollywood has been doing just that for years. You can’t tell me that you haven’t noticed the barrage of sequels, reboots, and remakes that have saturated the market over the last several decades! It’s much more difficult (also costly) to create something brand new and refreshing. The Vatican Tapes is another in a long line of exorcism films hoping to cash in on the success of The Exorcist and the like.

This film is like a cute little child trying to verbally copy its parents. You know it’s just mimicking what it hears, but gosh darn if it doesn’t look cute trying! You just pat them on the head and say “good job”. But every once in a while, that child amazes you with a complex word or sentence you thought they were incapable of saying. Like that cute child, The Vatican Tapes is mostly just copying far superior films, but here and there you can tell it’s making a valiant effort to steer the tired parade of Exorcist copies in a new direction.

The film sets the tone during the opening credits with a montage of clips from a variety of sources; the idea being that demon possessions are real and are increasing in occurrence. After a brief dialogue between two members of the Vatican, the film moves to a young lady named Angela. We see that she is held captive in a mental ward. The clergymen view video footage of her psychiatric evaluation, believing that there is more to the story than the doctor might know. The film cuts to two months earlier and we are treated to a loving family dynamic: loving daughter, loving boyfriend, and a loving father. The father and boyfriend clearly do not get along, but for the sake of Angela (played by Olivia Dudley), they play nice. During a “surprise” birthday party in Angela’s honor, she accidentally cuts herself on a knife. Dad and boyfriend insist she get it checked out. It is in this opening sequence of events that we are given the only real exposition of this family dynamic. Dad works away from home constantly, and she really hates hospitals. That’s it. Apparently, we don’t need to know any more than that. 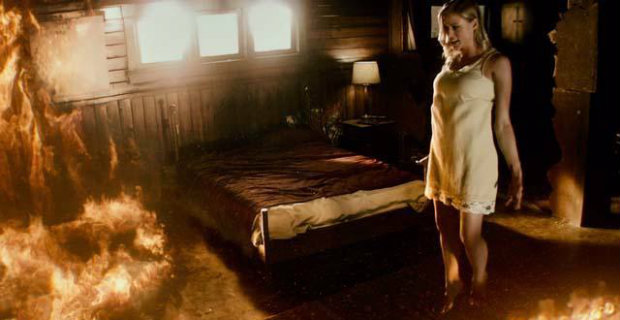 From there we see her being followed by large black birds as intense dehydration and uncharacteristic mood swings overcome her. A local priest, who happens to frequent the hospital, notices Angela’s erratic behavior and begins to follow the matter more closely as the symptoms increase.

There is nothing from the characterizations to the story itself that sets The Vatican Tapes apart from the dozens of other demon possession films that exist. At least in The Exorcism of Emily Rose, they attempted something different from the beginning with an ambiguous “possession vs medical condition” quandary. Yet, despite a lack of originality through the majority of the film, the last act is refreshingly different. Without spoiling anything, this last act takes the boring, yawn-inducing structure of the first two acts and flips them on their head. It is just a shame that audiences will have to sit through an hour of film to get there.

On the technical side, the acting is about what you’d expect from a PG-13 supernatural thriller. You’re likely to see the same caliber of acting from your local teen-centered cable shows. However, Olivia Dudley stands out as a breath of fresh air. From the moment her character begins to transform, she showcases a level of acting ability that frankly steals the show. It is clear halfway through the film that the casting department really came through here. Olivia was innocent and charming when she needed to be, but when it came time to really turn up the intensity, she delivered with flying colors. As she transforms, you really feel as if she can pose a serious threat to anyone in her way. 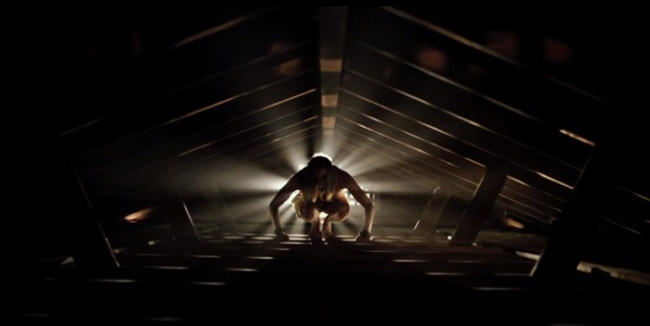 Interestingly enough, the camera work deserves some praise as well. Throughout most of the film, it felt like a paint-by-numbers version of filming. The Director of Photography, Gerardo Mateo Madrazo, seems to have received an education from the Oliver Wood school of Cinematography. Apparently tripods were deemed unworthy for this endeavor. Still, he deserves credit for sprinkling in some very cool and stylistic shots throughout the film that really helped to capture something more than the sum of the film’s parts. They were like little glimpses into what truly could have been. One in particular was the shot of Angela on the rafters with the light flowing all around her from a nearby window.

If audiences can get past the idea that this is just another Exorcist clone and see the potential that I saw, they might just enjoy themselves. Sadly, there is just too much of the film that copies other similarly tired films of the genre that there is likely little hope.