Top 10 List of Fictional Women Held Back by the Idiots in Their Lives! 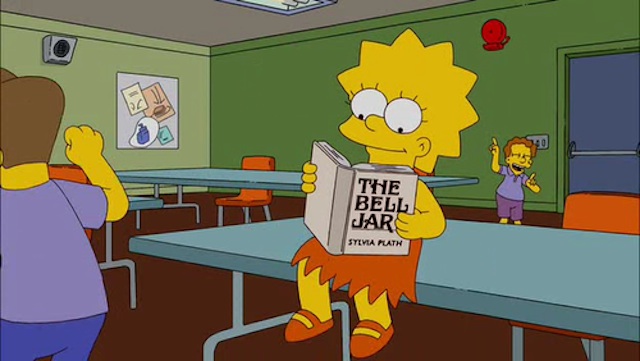 Hello ladies! Look at your man, now back to me – whoops, sorry about that. As you know, it’s Valentine’s Day once again. And as this overly-commercialized excuse for a holiday rears its ugly head, we take a reflective look back at our lives and at the choices we’ve made concerning our relationships. Some of you will realize that maybe the gap-toothed ex-con biker named “Bubba” might not have been the best choice for a mate (“but he’s a real sweetheart once you get to know him!”). Unfortunately, now you’re “in like Flynn” with his whole clique, and before you know it, you’re drinking homemade moonshine with the rest of his recently released buddies in the middle of backwoods nowhere (if you hear banjos – run). That isn’t to say that everyone makes bad decisions. Some women seem to have a gift for finding the right people to surround themselves with – or have a real knack for how to handle the bad apples that come along – and that can make all the difference between a smooth sailing adventure and a total train wreck experience.

The ladies of the fictional world are no different. They too can be easily susceptible to falling in with the wrong crowd. However, they either don’t realize it, or they can’t do anything about it— still, they get to blame the author for their choices. The following is a list of the top ten competent women in fiction who have either knowingly (or inadvertently) surrounded themselves with at least one incompetent person in their lives. Even while surrounded by idiots, gene pool rejects, and sometimes extreme machismo, these women somehow prevail. For this list, let’s throw genre to the wind as we look at movies, television, books, comics, etc. 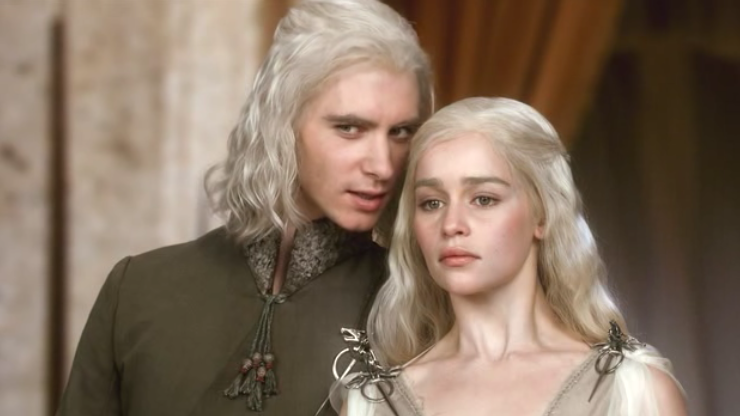 10. Daenerys Targaryen (Game of Thrones) – You might be thinking that the “Mother of Dragons” might be way too low on this list. However, this list isn’t about hottest, most amazing, or even most able to eat a horse’s heart (all of which would easily put her at the top of the list). This list looks at women who prevail even though those closest to them seem to thwart their best efforts at every turn. The Khaleesi may have swarms of men forcing her to prove her abilities at every turn, but the one thing she is fortunate enough to not have to deal with is men on her own team getting in the way of her success. Sir Jorah “Friendzone” Mormont may be many things, but an idiot he is not. Still, it has been a long struggle for her to gain acceptance from the various men in her country. Like some sort of offspring of Rodney Dangerfield, no matter how many armies she gains or how many tyrants she fries, she never really seems to get any respect. It doesn’t help that her own brother spearheaded the events in her life to further his own selfish gains. Thankfully, that wasn’t much of a problem for too long. 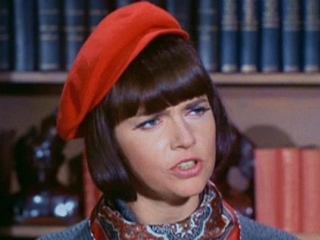 9. Agent 99 (Get Smart) – Unlike our previous entry to the top ten, Agent 99 has to deal with her share of doubting co-workers and a bumbling partner. The ironically named Agent Smart, aka 86, hinders her efforts so much that could be mistaken for a rogue agent. In fact, he likely would have been brought up on conspiracy charges, if it weren’t for his painfully obvious and clumsy cluelessness. Either KAOS is absolutely brilliant at training their double agents, or Agent 99 just got the short end of the stick when it comes to partners. To be fair, there were a number of times when Agent 99 got herself in a bind, forcing Agent Smith to come to her rescue. However, the majority of the time saw her having to figure out KAOS’s plot while also babysitting her mostly inept partner. 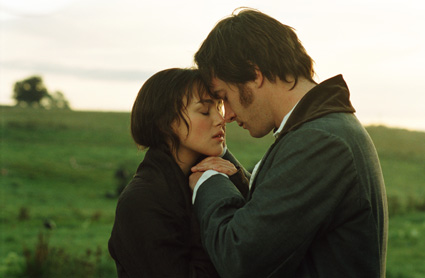 8. Elizabeth Bennet (Pride and Prejudice) – Sometimes it isn’t the group of friends holding our heroine back, but an entire society; such is the case with Lizzy Bennet. At a time when the societal expectation for women was to find a rich man, Lizzy dared to hold out for love. Nevermind the fact that her family faced extremely dire financial peril, and her advancing age practically put her on the dreaded shelf. Lizzy wasn’t going to settle for just anyone. Enter Mr. Darcy, the most eligible bachelor in the world. She catches his eye in a way that no woman could. He has money, he has looks, and he has social standing to rival some royalty. Yet, when he asks for her hand, she flat out refuses without batting an eye. Why? Because she wasn’t going to be held back by anyone – no matter how big of a catch! Okay, so she ends up with him, but not until he bends his pride and she loses her own prejudice allowing them to meet in the middle for an unlikely, but adored literary match. And don’t get me started on her parents! Not only does Lizzy have to contend with society at large, but now you throw in a neurotic mother and an indifferent father and you see just how much crap she has to deal with. 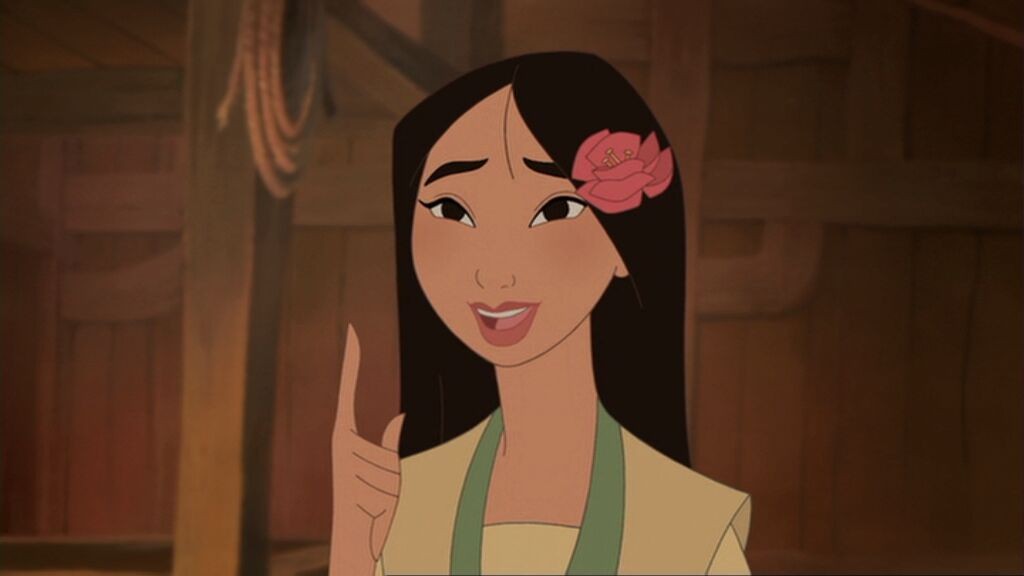 7. Fa Mulan (Mulan) – In a world where women were expected to cook, clean, and look after the children, one woman dared to fight the social norms—literally. Mulan up and joined the Chinese army to stop the angry Mongolian horde and protect her family’s honor. It’s a good thing too, because this Chinese army was entirely populated by complete misogynistic morons. Ignoring the fact that they couldn’t see beyond the oh-so clever disguise of a haircut, they were completely unprepared for a schoolyard tussle, let alone an actual war. Poor Mulan had to battle stereotypes, pig-headed egos, and pure ineptitude—all with bound breasts! However, the film gets points off for the ending where Mulan inexplicably decides that her crush was somehow suddenly more important to her than the motivating drive that kept her going the entire rest of the film. 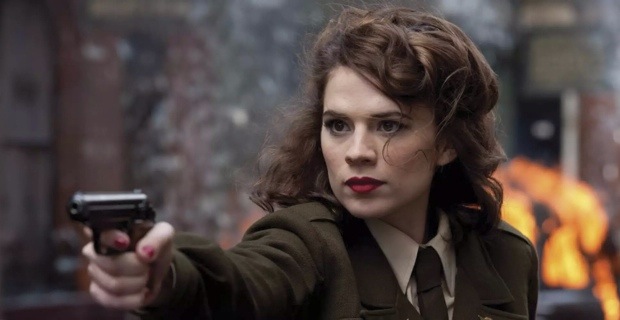 6. Agent Carter (Agent Carter) – Ok, cue the hate mail. Bet you didn’t see this one coming, did you? Even though this show has met with a noticeable lack of support from the masses, you can’t deny the fact that Agent Carter deserves to be on this list. (Unless you haven’t been watching, in which case—just take my word.) Here you have a woman in post-WWII America, working in the male-dominated field of secret agents. All of her colleagues treat her like a glorified secretary, even though she is more qualified and capable than most of the men in her office. Like Mulan, she has to contend with misogynism, pig-headed stereotypes, and general ineptitude by her cohorts. Seriously, how did anyone in her office get offered their jobs? I’ve seen school children play detective with more competence! Still, Agent Carter not only seems to save the day, she also manages to stay a step ahead of friends and co-workers alike, all while she aids and abets an innocent man on the lam. Of course, even the man she’s attempting to help seems to hinder her every move with his constant womanizing and shady business practices.

5. Elphaba (Wicked) – Here is the classic case of the bullied loner who is secretly the most talented student in school. Like a green, but still hot, version of Hermoine, Elphaba has the brains, beauty, talent, and determination needed to help those less fortunate. It’s just too bad she goes to a school where looks and popularity are valued over talent and studies. It certainly doesn’t help that she gets partnered up with the beautiful, but vapid, Glinda (and now you’re singing “Popular” — you’re welcome). If only she didn’t have to contend with an entire society of closed-minded morons hell-bent on segregation, she could have really used her talents for the betterment of all instead of “evil.” 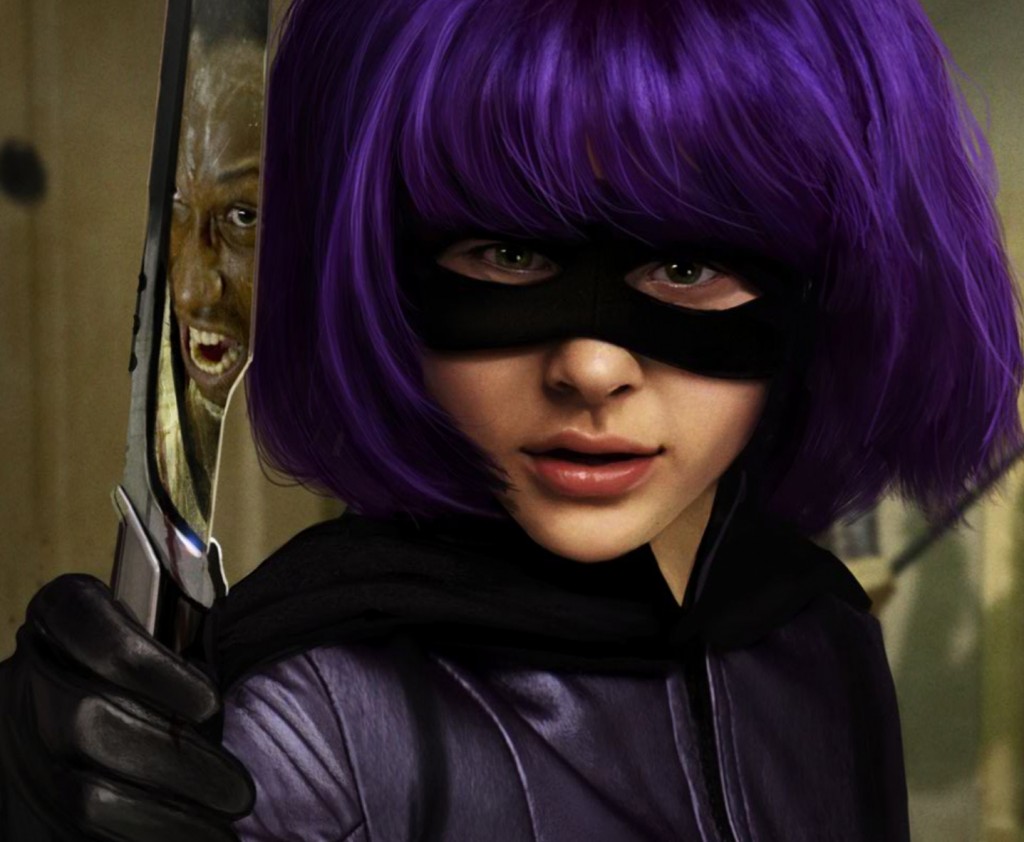 4. Hit Girl (Kick-Ass) – If Batman were a pre-teen girl, this is who he’d be. She is easily the most physically capable female on this list, and given her age, that’s really saying something! So why hasn’t she successfully cleaned up the mean streets by now? Because that idiot Kick-Ass keeps getting in her way! He may be the star of this film, but she easily steals the show. If he hadn’t butchered everything left and right with his complete amateurish ineptitude, she (and her dad) would likely have had the mafia killed or run out of town before the film was halfway over. And even though Kick-Ass completely ruins her life, she still helps him save the day. Okay, in reality she does literally everything else while he takes on the final bad guy – with her weapons. 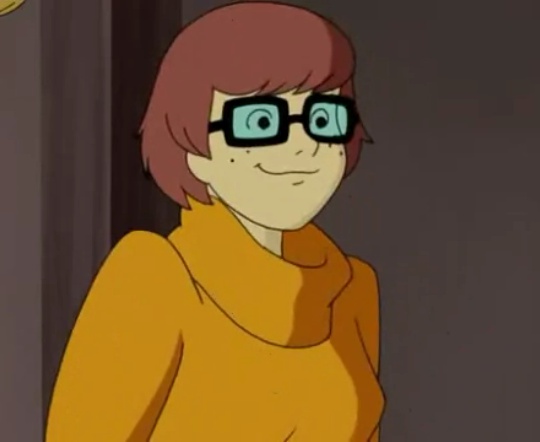 3. Velma (Scooby Doo) – Zoinks! Hey gang! What do you get when you pair up a couple of stoners, a dumb jock, a ditz, and an intellectual? High school. Well, that and one person who actually wants to work and solve the case. Velma is surrounded by four partners who would rather, if we’re being honest, join Shaggy in his extra-curricular activities. Scooby snack, anyone? Some of you might be able to relate on an occupational or academic level, finding yourself doing every part of a group project while the rest of the “team” goes MIA—until it was time to receive credit, that is. I’ve watched this show for years, and I can safely say that every episode typically boils down to Velma solving the case while the rest of the crew runs around with their fingers up their collective noses. The only thing stopping Velma from telling the others to take a hike and becoming a one-woman team is her tendency to lose her eye glasses, thus rendering her completely blind. If she were to ever discover contacts, the rest of her delinquent pals would be totally expendable. 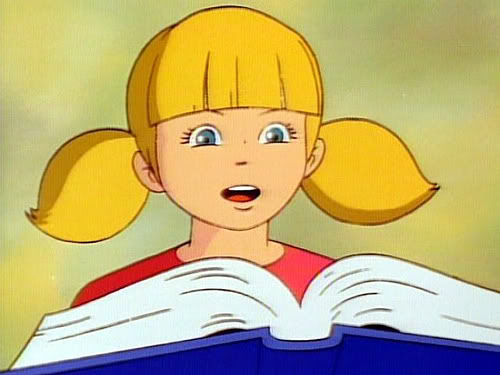 2. Penny (Inspector Gadget) – Penny is like the model spokeswoman for this list, which is why she comes in at number two. They say that behind every great man is a greater woman, and in this case, they weren’t kidding! Penny is the 10 year-old niece of the world’s greatest detective. Did you hear what I just said? She’s 10 years old! Yet, she solves every single one of her uncle’s cases with the help of her portable computer/book and faithful dog, Brain. What makes this more intriguing is that she doesn’t take any of the glory for herself. Instead, she hides in the shadows and leaves her dimwitted uncle clues that even a toddler could follow. Of course Uncle Gadget and the rest of the police force give him all the credit while Penny just smiles on the sidelines. She is a very similar character to Agent 99, but given the fact that Penny is so young—and seems to be able to rescue herself (admittedly with the help of her dog)—she gets the higher billing on this list. It’s just a shame that she is turned into a damsel in distress most episodes.

1. Hermoine Granger (Harry Potter) – You know, the reason Harry is the main character instead of Hermoine is pretty much that if she were in charge, the story would have been over after the first book. It would have been called Hermoine Granger, the Freshman That Kicked Voldemort’s Ass. Seriously, this girl is the most powerful wizard in her class—arguably more powerful than most of the teaching staff. And it wasn’t from natural talent like Harry or sheer dumb luck like Ron. It was because she studied and worked her tail off harder than anyone in the school. If she didn’t have to spend half her time bailing Harry and Ron out of whatever idiotic mess they routinely found themselves, she would have had more time to devote to stopping you-know-who.