After a lot of speculation, Marvel and Sony have agreed on a situation that allows Spider-Man to live in the much larger world that the Marvel Universe has to offer.

The appearance order for the web-slinger’s cinematic involvement will be an initial appearance in a Marvel film which will be followed up by, yet another, stand-alone Spider-Man on July 28, 2017. The combined efforts of Kevin Feige from Marvel and Sony’s Amy Pascal who oversaw the initial launch of Spidey’s film career 13 years ago. Marvel’s Cinematic Universe is looking into further opportunities to cross-brand heroes by integrating them into future ‘Spider-Man‘ films. This also means Andrew Garfield is out as Spidey as the companies turn their attention to finding someone new to wear the tights.

Spider-Man is one of the world’s biggest super heroes and has a long history with Marvel and their various teams including The Avengers and the New Fantastic Four. He’s also had some brand-jumping experience to some DC comics, but I wouldn’t start holding your breath for Batman v. Superman v. Spider-Man, though.

Bob Iger, Chairman and CEO, The Walt Disney Company said: “Spider-Man is one of Marvel’s great characters, beloved around the world. We’re thrilled to work with Sony Pictures to bring the iconic web-slinger into the Marvel Cinematic Universe, which opens up fantastic new opportunities for storytelling and franchise building.” 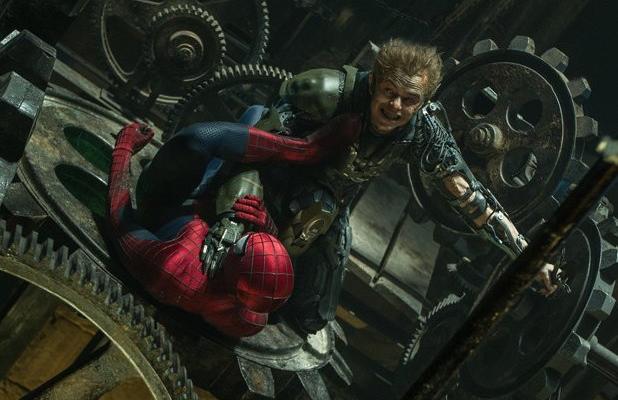 “We always want to collaborate with the best and most successful filmmakers to grow our franchises and develop our characters. Marvel, Kevin Feige and Amy, who helped orchestrate this deal, are the perfect team to help produce the next chapter of Spider-Man,” said Michael Lynton, Chairman and CEO of Sony Pictures Entertainment. “This is the right decision for the franchise, for our business, for Marvel, and for the fans.”

So now we have come to quite an annoying crossroads. While on one hand, it’s great to finally have the web-slinger back at Marvel to do what they will with; on the other hand, we are talking about another fucking reboot of a big franchise in the span of a couple of years. It’s super annoying. Garfield is great as Peter Parker and Spider-Man. Just add to that world or add Spidey in to the Marvel Civil War storyline. There is no need to reboot the origin again.

Your thoughts on who would play Spider-Man again? Our vote is Kevin Hart!