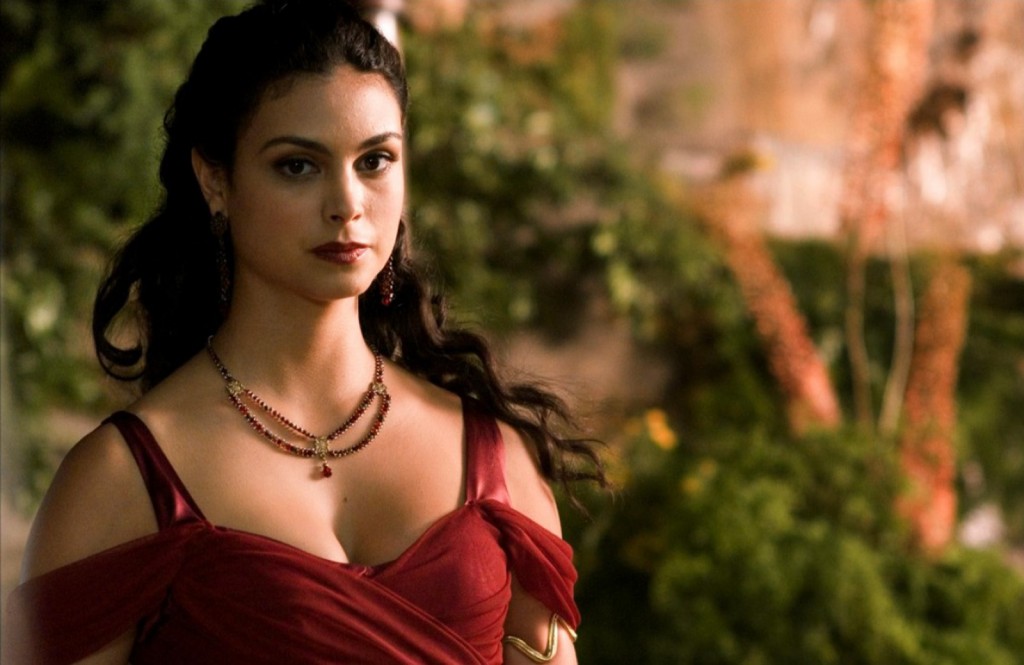 If you’re like me you’ve been on pins and needles awaiting casting information from one of the latest films covering the canon of the Marvel universe, ‘Deadpool‘. Wise-cracking Wade Wilson aka Deadpool is a fan favorite for his ass-kicking capability and his witty master of the English language. Marvel originally introduced Wilson in ‘X-Men Origins: Wolverine‘ in 2009 played perfectly by Ryan Reynolds. In a somewhat strange turn of events, Reynolds confirmed that the current ‘Deadpool’ will have no connection to the character he originated in the Wolverine movie, but will be playing him again, in the new incarnation. This time around Wade Wilson, an assassin who undergoes a procedure to cure his cancer that ends up leaving him twisted and scarred but carrying superpowers. ‘Deadpool‘ is slated to begin filming in March and slated for 2016 release.

Reynolds involvement isn’t news, but the female lead and who it’s gone to is, Morena Baccarin has snagged the honors to more than likely wrap herself around Reynolds in the most sensual of ways which makes me even more jealous of the beauty. I’ve originally been jealous of her due to the fact that as Inara in ‘Firefly‘ she had the lusty attention of Captain Reynolds played by Nathan Fillion who is absolutely Ryan Reynolds equal in the Hottie McHotterson world of actors. This is not Baccarin’s first step into the comic book world, either, she has an 11-episode arc in TV’s caped drama ‘Gotham’, she did a bit-part as a voice in ‘The Flash‘, she voiced Talia alGhul in ‘Son of Batman‘ and had parts in several other animated comic book series.