‘The Hobbit: The Battle of the Five Armies’ Coming To Blu-ray March 24!!!

Feb 19, 2015 blu-ray, DVD Release, peter jackson, the hobbit, The Hobbit The Battle of the Five Armies 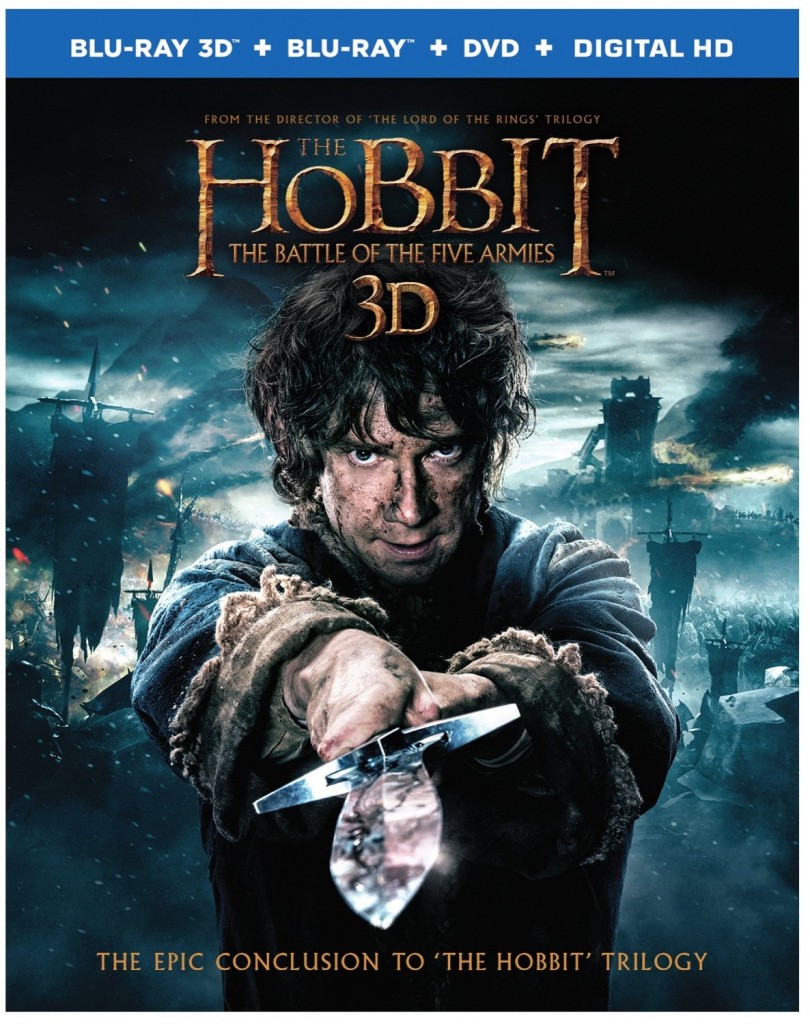 Middle Earth has played host to some of the most sweeping of stories in literary reference, the condensed versions of these tales have been burned to disc on the many formats available, and finally ‘The Hobbit‘ trilogy can be a complete collection in March once the end-piece, ‘The Hobbit: The Battle of the Five Armies‘, releases to Blu-ray and DVD.

Joining ‘The Lord of the Rings‘, the front half of the story ‘The Hobbit‘ tells the origin story of Bilbo Baggins and how he came upon the dreaded One Ring that changes the course of the world forever. It was  a trilogy movie event that has been hotly anticipated since Peter Jackson announced his return to the fantastical world that brought us LOTR in all its splendid glory.

This is gonna be one hell of a Blu-ray.