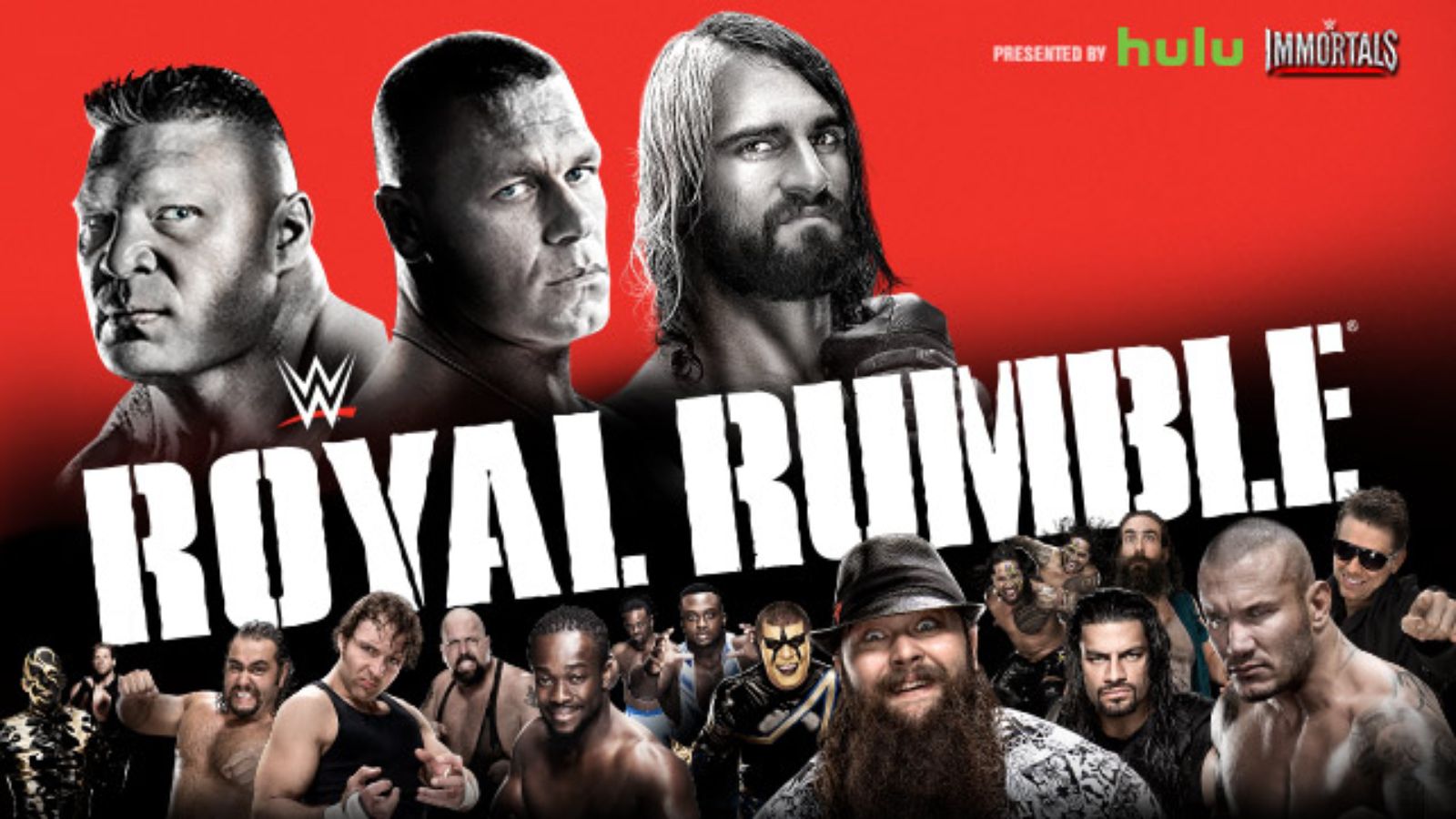 The Royal Rumble is the perhaps one of the most anticipated live events of the WWE. It kick starts the road to Wrestlmania and has one of the most exciting matches that fans can look forward to witnessing. Philadelphia, PA plays host to the  2015 Royal Rumble and it is expected that it will be a night to remember. Besides the 30 man Rumble and all its surprises, we also have the tag titles being contested,  but most importantly, we have the triple threat match for the World Heavy Weight Title! Here are my predictions for this year’s Royal Rumble!

This match technically isn’t on the pay per view itself but on the pre show. It has been building for a few weeks  considering who is all in it, I’m gonna say this match will be better than most people will give it credit for. Kofi Kingston, Xavier Woods and Big E are all very talented and one never knows what Kofi is going to do in the ring. Tyson Kidd & Cesaro are all very technically sound wrestlers and their style does match well with the New Day. Now who do I see winning this? I’m gonna give it to Tyson Kidd, Cesaro. Why? Because it’s a Fact that they are the better team. They have more to prove and I think they are hungrier for the win.

Paige & Natalya vs The Bella Twins

I am actually looking forward to this match. I think I might have a fever… But here is why I am. The Bellas have actually been on fire (not literally unfortunately) and have been putting on decent matches. Natalya and Paige are two of my fav Divas and have the NXT intensity that will make this match decent. Will it be something that steals the show? Nah not so much.More than anything, this match will probably be a set up to a fatal four way for the Divas title at the next pay per view. Who is getting the win? I figure the Bellas will pull this one out of their asses. I don’t think it’ll be a clean finish hence the set up for a future all out war between the four Divas.

The New Age Outlaws vs The Ascension

This is a match I am chomping at the bit to see. One of my fav tag teams (APA being the other) from the Attitude Era, and my current fav tag team, The Ascension go into battle against one another. Finally Konor and Viktor will get a chance to really show what they are capable of against a well established team. Sure the New Age Outlaws are older, but they still know how to kick ass. Remember their battles against the Shield? (okay maybe not against them at Wrestlemania, that was sad.. ) Who do i see winning this? Well… The Ascension duh! It’s their time to rise. I don’t think it will be easy, I think the New Age Outlaws will give them hell, but Billy Gunn and Road Dogg will be welcomed to the Wasteland with the Fall of Man.

The Miz & Damien Mizdow vs The Usos

Of all the matches on the card this is the one I’m looking forward to the least (and there’s a Diva’s match on the card so that’s saying something.) Why am I so hard on this one? Because how many times have we seen these two teams clash against one another?There isn’t much to say about it. I think these 4 men will have to pull out some serious moves to make this interesting for the fans. Which team do I see winning? I think the Uso’s are going to retain. I think they got in Mizdow’s head and that it will come into play and cause some sorta miscommunication between the A Lister and his stunt double.

This is the match I am most looking forward too. I mean seriously, a triple threat for the World Heavy Weight Championship and it is Lesnar vs Cena vs Rollins. This match is going to be explosive and tear the hose down. Brock Lesnar is a beast and is salivating at the opportunity to devour his competition. John Cena thinks he is some sorta hero who can take down the Beast as well as the Architect. And then of course there is Seth Rollins, the living breathing, undisputed future of the WWE. No one wants or deserves it more than Seth Rollins. He is the true break out superstar of 2014, he is the true superstar of 2014, no one worked his ass off more than Seth Rollins. So who do I see winning the title in the match? John Cena. What?? I never said he would WALK OUT with the title. Plan B is there for a reason 😉 The match I think will go to Cena, but I think that Rollins will cash in and win. Because like at the Money in the Bank Pay Per View, Plan A is: Seth Wins the title. Plan B is: Seth wins the title. One wa or another Seth Rollins will walk out as the World Heavy Weight Champion.

Oh this one is going to be blissful chaos that is so hard to predict. What we all know is that there will be surprise entrants and so many people that deserve to win. There will be eliminations that piss us off and there will be Kofi Kingston “Koffing” his way out of an elimination only to be eliminated. There are a few guys who are serious contenders to win, Roman Reigns, Daniel Bryan, Dean Ambrose, Dolph Ziggler, Kane, Bray Wyatt, Bad News Barrett to name a few. But it is likely that we will see Randy Orton enter the fray as well. I also think we are gonna get some Bunny action who do I see walking out as the winner? uh…. that guy! (throws a dart at the picture of the 30 guys.) But for real, I think it’ll be Dean Ambrose. Yep I’m picking the Unstable Lunatic Fringe. Why? Because he will do anything and everything to win and talk about someone who is hungry for it. I see him fighting dirty and making a statement that he is not going to get cursed with what ever Sami Zayn got cursed with in being unable to win the big one. What better big one than the Royal Rumble?