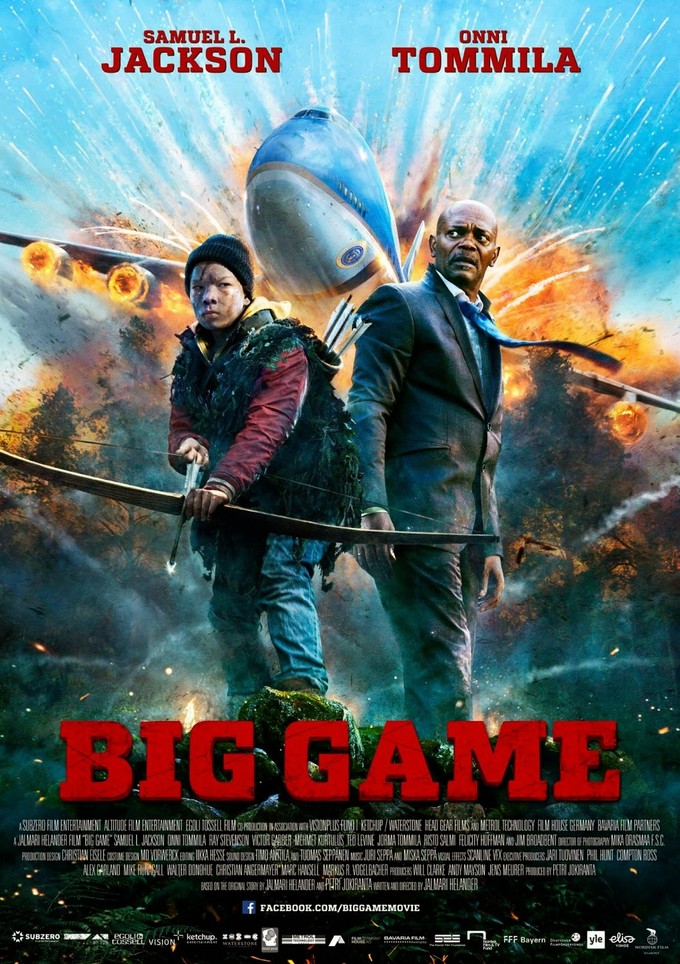 I have to admit, ‘Big Game‘ is a film that totally flew under my radar. I didn’t know this one was in the works and based on the poster, I was seriously thinking it’s going to be some kind of Sharknado-ish piece of film. Maybe it’s because Air Force One resembles a giant shark, you know, if it had teeth. It’s a really wonky pic of Samuel L. Jackson, too, really doesn’t showcase the Jackson we typically see. Anyhow, onto the film! 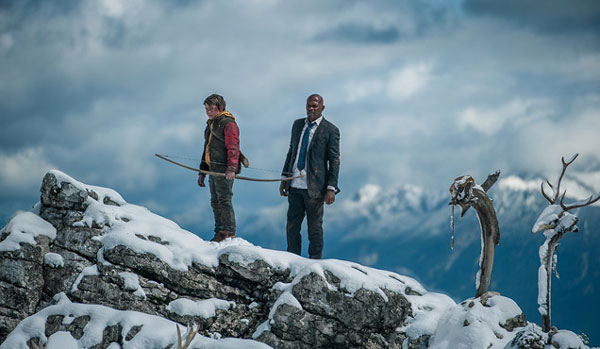 Whatever preconceived notions the poster gave me, the trailer took away and replaced with awesome! I am worried that every one of the best scenes was put together for this trailer, I hope I’m wrong. When Air Force One is shot down by terrorists leaving the President of the United States stranded in the wilderness, there is only one person around who can save him – a 13-year old boy called Oskari.

In the forest on a hunting mission to prove his maturity to his kinsfolk, Oskari had been planning to track down a deer, but instead discovers the most powerful man on the planet in an escape pod. With the terrorists closing in to capture their own “Big Game” prize, the unlikely duo must team up to escape their hunters. As anxious Pentagon officials observe the action via satellite feed, it is up to the President and his new side-kick to prove themselves and survive the most extraordinary 24 hours of their lives.

‘Big Game’ is directed by Jalmari Helander who directed the most excellent Christmas horror film a few years ago ‘Rare Exports‘. So you c an imagine how excited we are. If you haven’t seen ‘Rare Exports‘, get it, buy it, watch it.

The film begins release in Finland with no prospective dates for the US, as yet. Check out the trailer and sound off with your opinion, is it more camp or more badass?