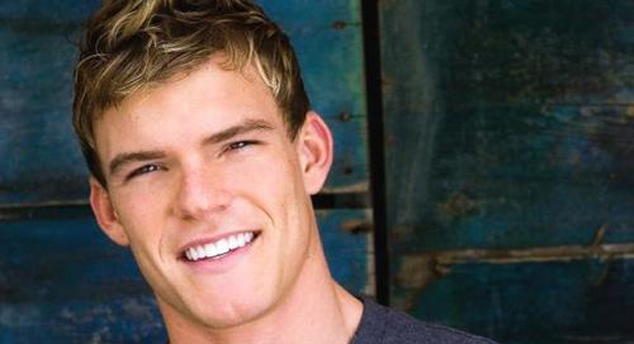 This should be the last article I have to write about the epic event that was Wizard World Comic Con in Tulsa, Oklahoma this last weekend. The entire event was so energetic and exciting! Cosplayers far and wide showing off their hard work, time and lots of money in their creative costumes. For all the little posers that call yourselves geeks because you wear glasses or have gone to see some superhero movies, you’re an absolute disgrace to the title and we reach a level of unconsentatneous, that is to say “disagreement”. If you’re a geek, then I have no terminology for what some of these fans should be called, then.  You might dress as Gandalf to go to a party, but I met a guy that made up his own wizard name and costume, complete with vine covered staff and stayed in costume ALL. DAMN. DAY. He’s in the food court holding his beard back while he eats nachos and the beautiful people walk by smirking while they wear some face paint, a character t-shirt  and their underwear. How in the world can one dressed up person poke fun at another one? I’ll tell you how, because the smirking people are just posers. 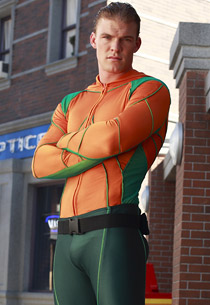 Onto the list of people that are not posers, goes the name Alan Ritchson. This actor began his career by playing a supe that the collective comic book world makes fun of, but he made it awesome and made it his own. When Ritchson began on ‘Smallville‘, he played the very first, licensed  Aquaman appearance, not to mention it was the very first bit of TV work the actor had done.  The fans were present in droves for Ritchson’s Q&A panel and he jumped right into the questions.

Fan – What was your favorite episode of ‘Blue Mountain State’?

AR –  There were so many of them, ‘Vision Quest’ was great in the way it featured an existential self discovery kind of thing. It was like an insane trip through my head. It’s very difficult for me to break character but there was one episode where someone was kidnapped and there was a ransom demand, I had to put this white sugary goo in my mouth and pull it out, it flipped and hit someone in the face, I died laughing, took me 10 minutes to regroup and every time we started the scene I’d laugh. If you look closely at the scene, you can see my face where I’m trying not to laugh.

Fan  – What kind of roles do you take?

AR – I’ve turned down several roles if I don’t feel it. If I’m really interested in the part I know I will play it well. When I got the script for ‘Lazer Team’  I loved it, it’s just a comedy of errors. It was so original and creative, it really resonated with me.

Fan – Was it more difficult to prepare for ‘The Hunger Games’ or ‘Teenage Mutant Ninja Turtles’?

AR – I have a personal stunt guy I work with, Danny Hernandez, who worked with me on both projects. There was a lot more work for TMNT, I started with no martial arts experience and now I’m a whiter than white belt. The films were recorded in the same facility and it was a similar experience filming both. 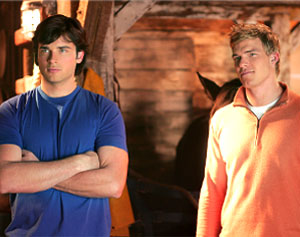 Fan – What was your favorite thing about ‘Smallville’?

AR – I stepped into an established world when I came in during season 5. I didn’t plan to be an actor, it was my first time in front of a camera. I had tons of stress on me because I was new to the business, now I just wish I could go back and prove myself. We were doing a location shoot in the mountains up in the middle of nowhere. It was a lake shoot near a glacial runoff so the water was like 50 degrees and between takes I was just freezing, I look over at Tom (Welling) and he’s comfortable, not cold at all. We begin to talk and he says “I’ll get you a hot tub”. Tom gets on phone and demands a hot tub in 1 hour . People start running all over the place and within an hour, there was a hot tub set up with hot water, in the mountains that took us 2-3 hours to drive there. How did they get that much hot water? Between takes Tom and I were hanging out in the hot tub like a Corona commercial. I still don’t know how they got the hot tub up there.