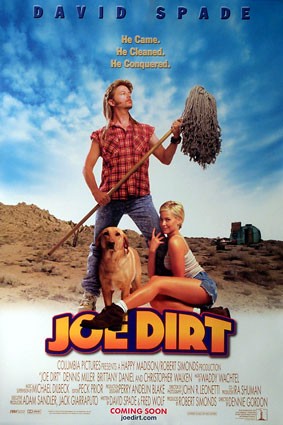 Move aside, Netflix, there’s a new channel in town. Sony-based Crackle is a free, ad-supported channel that made its bones 10 years ago providing lots of not-very-distinguished action films and TV shows culled from the deep recesses of Sony’s library. Now they are stepping in the direction that Netflix pioneered only recently and are producing their first feature film. Still following the media giant’s lead, they are producing a sequel to a well-known film with a very dedicated fan-base. Netflix bagged the sequel to ‘Crouching Tiger Hidden Dragon‘ and Crackle gets ‘Joe Dirt 2‘!!!

Adam Sandler’s groundbreaking deal with Netflix to produce four films exclusively for stream through his Happy Madison banner laid the groundwork for Crackle to request a deal with the funny-man’s production company for ‘Joe Dirt‘. David Spade will dust off the mullet and dumb himself down for another starring run as the highly quotable Dirt. Along with maintaining his leading role, Spade is co-writing and exec producing the picture with Fred Wolf. Wolf is stepping up to direct this one.

Production is slated to begin mid November down in Louisiana, keeping the same locale as the original. The sequel will be released next year across the many platforms that Crackle features. I figure this is the second in what will end up being a long line of features to seek new life with the SVOD providers. Happy Madison is probably exploring other avenues where they can stake out a first release with other films in their stable. This is just the beginning though. Netflix turned everything around, the unlikely Crackle is next in line, I can’t imagine where it will end, now. 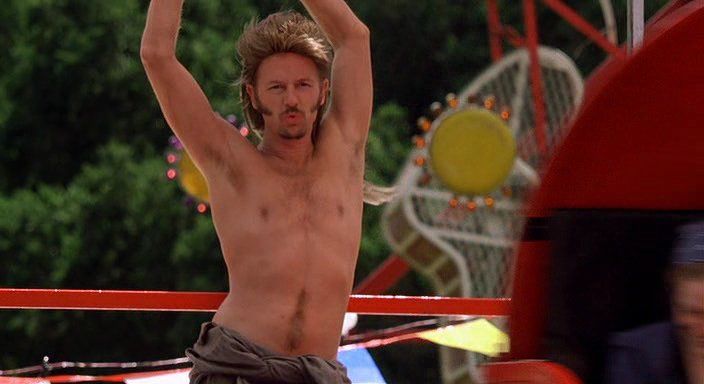 Said Spade: “I’m beyond stoked that Joe Dirt will finally hit the screens again on Crackle. I’ve been sleeping in this wig for years and it will be nice to wear it in the daytime again.” “David Spade had a fresh and unique vision for Joe Dirt 2 that he could have brought anywhere and we couldn’t be happier that he brought it to Crackle for a first-of-its-kind, worldwide release,” said Eric Berger, Crackle GM and Sony EVP Digital Networks. “The original film has been a longtime viewer favorite, ranking among the most viewed in our library, and we decided to produce and distribute the sequel as a feature for fans everywhere.”

I downloaded Crackle a few years ago on my PS3 and use it occasionally. That is where I got my ‘The Three Stooges‘ fix for quite a while, last I knew the Stooges were gone and I didn’t find a whole lot on the channel to lure me back, more releases like this may change that. I will still be on the search for quality Three Stooges programming though.  #MoeForLife!!!