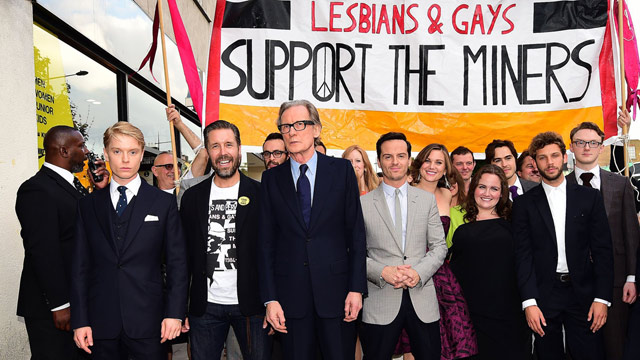 Films based on historic events concerning equal rights and marginalized groups rarely, if ever, have giant dance sequences and laugh out loud moments….until now! “Pride” is set in Margaret Thatcher’s England at a time when the government went heavily against a national strike by coal miner’s unions.  Seeing the similarities in oppressions, a group adequately named “Lesbians and Gays Support Miners” makes the union’s cause their own.

I knew nothing about the historical premise, and I am very happy to have learned about it through this narrative’s perspective.  A mix between comedy, drama, and perhaps even musical, the end result is an incredibly uplifting experience that gives a valuable lesson on both macro and micro scales. 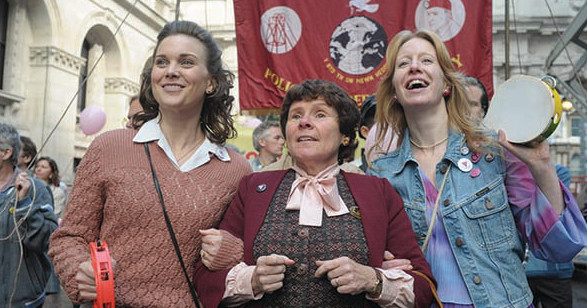 Being 1984, and coal miners being coal miners, one can imagine that a small mining town may not be too welcoming to a gay rights group from big city London.  Their differences being far too apparent, this story is about the realizations of common goals, and that the most unlikely alliances are often the strongest.

This movie, despite some characters facing individual tragedies, really demonstrates what can be accomplished when we can accept people for who they are.  Pretty much everyone should see this film.  It is powerful precisely because it often treats itself so lightly.  But most importantly, it is a film about solidarity; when a good cause is worth fighting for, our differences are much more minor than we realized. 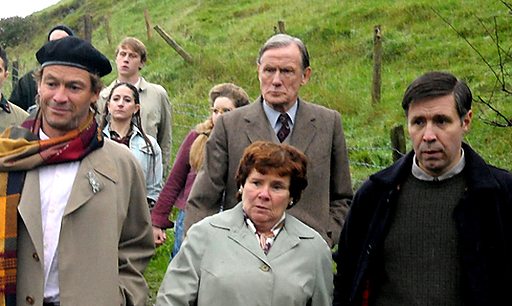 The true tragedy is that although this film is set in 1984, its conflicts are just as apparent today.  Although there are a scattered collection of stories of progress, bigotry and inequality are both very real situations that are nowhere near true resolution.

And of course, the other problem, this is America.  It’s hard to understand the Queen’s English!  All other foreign films give us subtitles…why not English films?

Seriously though, ‘Pride‘ is just splendid.  Do go watch!