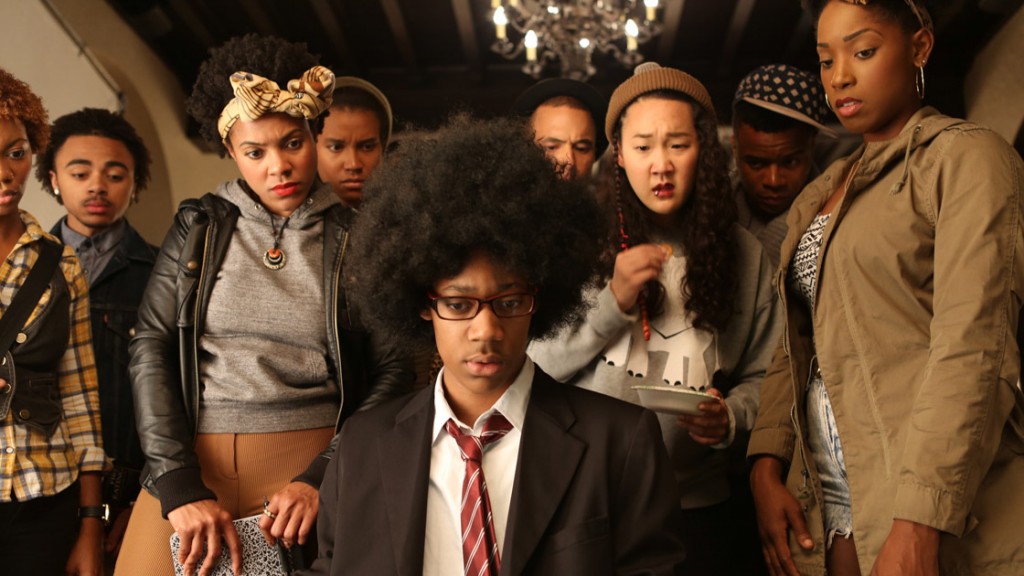 At first I was leery of the title “Dear White People.” I mean, is it a satire or a serious treatise on racial relations in colleges everywhere? Well, it’s both, and it’s for everyone. It’s absolutely wonderful, and for a first time director’s debut, it packs a sincerity that is poignant and lingering. I couldn’t stop laughing, and squirming at the same time, which means that this film did its job and I commend Justin Simien on his brilliant casting of such an independent film.

Tessa Thompson plays Sam White, a filmmaker at a prestigious university relegated to a black dorm and is running for the head of her house and all about “black issues.” But what you don’t know is that Sam is hiding things, that she might not be as militant as you think, and she is dating a white man, and like Taylor Swift. Her radio show, “Dear White People” gets controversial calls and posts on YouTube and brings a local reality producer to town to shoot a pilot. Some of her daily epithets are perfect though, “Dear White People: The minimum requirement of token black friends needed to not seem racist is three.”

She is running against the Dean of Students’ son for Head of House, Troy Fairbanks, played by Brandon P. Bell, and he is the GQ all star guy- 4.0 GPA, does what dad tells him, and he is openly dating a white girl, and he’s hiding somethings too. Like how he escapes his girlfriend by running into the bathroom to smoke pot and write jokes. 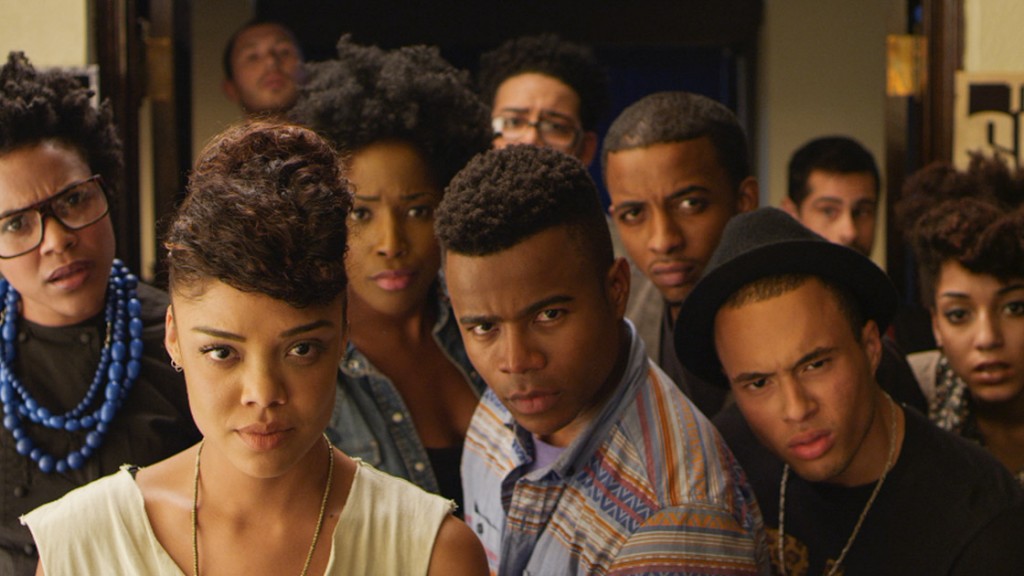 We also get to meet Lionel, who is awkward and doesn’t fall into a black or white category. He is both; and a writer. He writes for a paper that isn’t well known but is covering the head of house election, and he has a beef with old house, and roommate, the son of the school’s president played by Veronica Mars‘ Kyle Gallner. He is just as menacing as he was as Casey Cassablancas, and his spiral down as the editor of the elite white magazine that doesn’t really exist Pastiche is brilliant!

The last person we meet in our gang of ensemble perfection is Colondrea “Coco” Sanders, played by Teyonah Parris. She is from Chicago, and has her own vlog. She is trying to be that girl who fits into the whiter areas, but is still that one girl who is not as she seems.

The main thing about all of these characters is that even though they are different, they fit together and come together in the end. It’s a brilliant and edgy piece of filmmaking and I really can’t speak highly enough of it. The satire isn’t over blown and it has just enough to make everyone aware of the reality of the race and inequality we face daily.