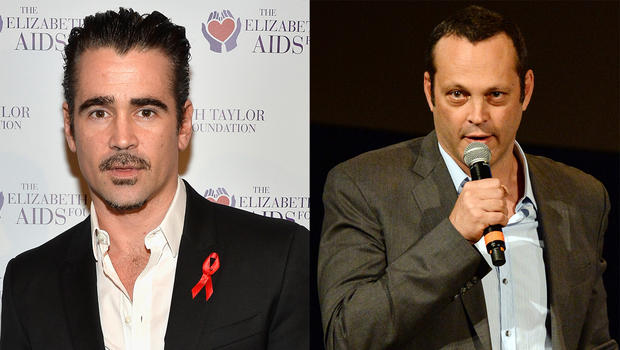 HBO has just announced some casting for the much anticipated second season of ‘True Detective‘. The new season will be eight episodes long and will shoot in Calfornia. Nic Pizzolatto will return as show runner and writer with Justin Lin (Fast and Furious) directing at least the first two episodes. So far, we know that there will be three police detectives and one big bad criminal who will navigate a web of conspiracy in the aftermath of a grisly murder, according to HBO.

HBO has set Colin Farrell and Vince Vaughn to star in the second season. Colin Farrell will play Ray Velcoro, a compromised detective whose allegiances are torn between his masters in a corrupt police department and the mobster who owns him. And Vince Vaughn will play Frank Semyon, a career criminal in danger of losing his empire when his move into legitimate enterprise is upended by the murder of a business partner.

That’s all we know right now, but this is excellent casting news. Farrell will own this role and if you have any questions about Vaughn doing hardcore dramatic roles, take a look at his performance in ‘Clay Pigeons‘. It’s amazing. We expect a few more people to be announced very soon, including a female lead detective.

But for now, enjoy this casting news.