Nicolas Winding Refn is one of my favorite directors. The Danish born director has quite the resume. He is mostly known for making the hit film ‘Drive‘ with Ryan Gosling, but has also made ‘Valhalla Rising‘, ‘Bronson‘, and the recent ‘Only God Forgives‘, which also s tarred Gosling. Refn is also a big advocate for the cult horror film genre. He can be seen on numerous Blu-ray extras, discussing his love for that particular brand of cinema. Not only is he a great director, but he is also a big fan of movies.

After the success of ‘Drive‘, Refn was struggling with what project he wanted to tackle next. After a few projects that didn’t come to fruition and talking with iconic cult director Alejandro Jodorowsky (El Topo) on what to do next, Refn decided to make ‘Only God Forgives‘, a film that wouldn’t necessarily be a commercial success, but might be just the artistic and bloody film that Refn wanted to make with the hopes that his audience would love it. Despite the film’s magnificent visuals, ‘Only God Forgives‘ was not met well by critics and the general public, when compared to his previous work. 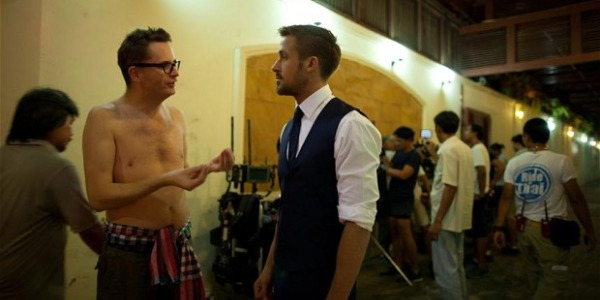 This short hour-long documentary gives us a glimpse at the making of ‘Only God Forgives‘ from start to finish. In order to continue to keep his family together and happy, Refn had his wife and two young daughters accompany him to Thailand for the duration of the shoot, where his wife Liv documented their life during production. It reminded me when Stanley Kubrick’s daughter Vivian shot a documentary on the set of ‘The Shining‘, displaying Kubrick’s work and family life. The interesting thing here is that Refn himself is never sure about himself or the project he has chosen to do, and is very self conscience on every move he makes.

You can tell it was a very difficult shoot for him. We also get a behind the scenes look at some of the heavier action scenes in the film and how each shot had to be perfectly timed and executed. In an interesting scene, we see Gosling and Refn headed about two hours away from the city to host a screening of ‘Drive‘ in lieu of some cash, which they needed for their film. It all seemed very mafia esque as the actual cash was delivered in a briefcase and there was some thought that they would be robbed on their way back to the city. 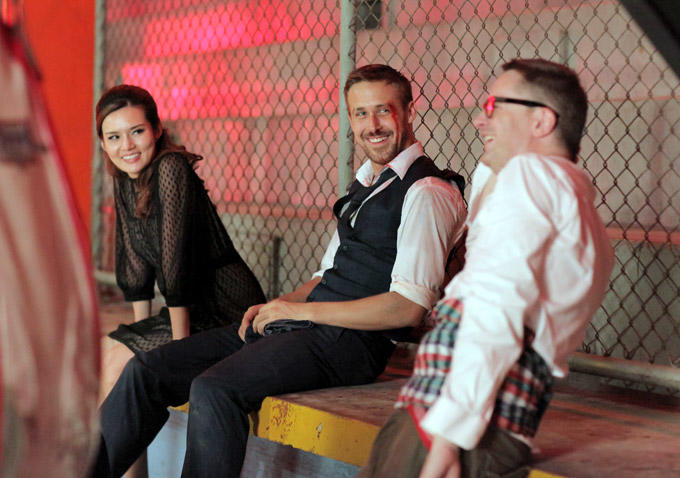 Refn is an unrelenting director and is one of the few filmmakers who will not let studio execs or any other producer get in his way of what he wants to convey on screen, no matter if an audience will like it or how successful it will be. He’s in the business for art and entertainment, not for money or success, and I salute him for that. ‘My Life Directed by Nicolas Winding Refn‘ is in fact made by his wife Liv, but is an excellent look at the behind the scene of Refn’s most recent film and his family life. I suggest all of you give this a look.

See the film in theaters today or watch it on V.O.D. Highly Recommended!