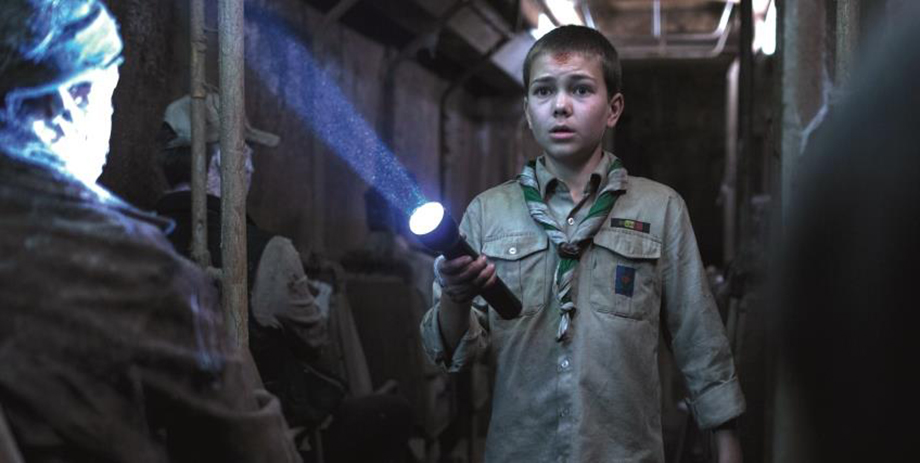 Straight out of Belgium comes a little horror movie called ‘Welp‘, otherwise known as ‘Cub‘ here in North America. ‘Cub‘ is a true return to the horror-slasher genre. I’ve never seen a slasher movie so brutal before. Usually, we see some form of jerk-off teenagers who plan a weekend vacation to get stoned, have sex, and drink like fishes. Then some supernatural force usually comes back to life or out from hiding to off each victim one by one in some gruesome fashion.

It’s a strong premise that has been duplicated thousands of times over in different settings and venues, and has made the Hollywood box office billions of dollars. But with this Belgium breath of fresh air, it’s much deeper and smarter than the rest of them, and is quite disturbing with one hell of a backstory that keeps you guessing all the way up until the final moments of the film. ‘Cub’ follows a cub scout troop, ironically enough, full of not-quite yet teenagers and their three scout leaders. Two of the three scout leaders are young men in their 20s with the third being a female. The leaders run their scout troop like a military boot camp, but have a bit more fun.

The troop is headed out to a weekend camping trip to the woods when one of the campers named Sam starts to notice some creepy things lurking out in the woods, after he learns the scary campfire tale of ‘Kai’. Well it turns out that the legend of ‘Kai’ is much more real than anyone would like to believe. And not just real, but extremely violent and brutal, as this legend has set up elaborate traps throughout these woods to kill people who intrude on their space. It’s never explained as to why this is happening, but we know that their is a deep dark past with this killer, which shows full on when people and animals start to be brutally murdered.

It has a few of the usual genre tropes thrown in, but somehow here it feels fresh as the director uses his camera to show only what is needed and then surprises us moments later with a 180 degree turn. But what really shines here are the kid actors. Specifically Sam and a ‘Kai’. Their creepy body language and understanding of all these adult themes are flawless.

You’d think these kids were all adults with how they use their facial expressions to show their fear. ‘Cub‘ is truly a remarkable and horrific film, and one that I can’t wait to watch again.