Recently Announced ‘Aquaman‘ movie gains two separate scripts.  Will Beall (‘Gangster Squad‘) and Kurt Johnstad (‘300: Rise of an Empire‘) have signed on two pen completely individual scripts. This is a truly ingenious way to achieve the same ends – Having a successful film.

With the lack of popularity for Aquaman among comic book nerds who can find reasons to love the most ridiculous of characters, making a film on the superhero would seem like an uphill battle the second the idea came to them. So how do you make an absolutely awesome film on Aquaman, the butt of the joke for even the most ardent of comic book afficionados? You realize that the first attempt is not going to live up to the dream, immediately. How do you move forward once you know that? You take the development process and dual track everything. The thought process being that if the two writers work on scripts on their own, the studio can then take the best points from each film and put them together in one super-film. 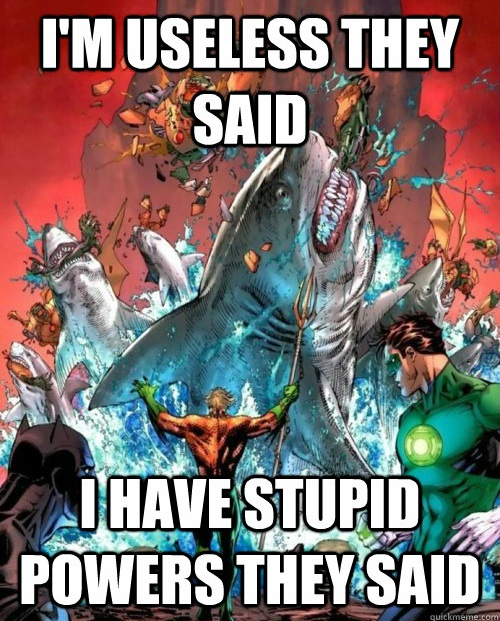 The water-loving super is one of the most classic of characters, he came to life in 1941 by Paul Norris and Mort Weisinger. He has been with the Justice League since the team’s inception in 1960 and in the 70’s the cartoon ‘Super Friends‘ gave him another push into popularity. The cartoon was a double edged sword. One the one side Aquaman was given more exposure to gain more fans, but on the other side of that blade, he became the subject of ridicule because his abilities were narrowed down to an ability to talk to water animals. That is a theme that has continued since then.

Jason Momoa has been assumed to have the role of Aquaman in the new film, but that hasn’t been confirmed, yet. The one thing that has been confirmed is that Momoa is playing Aquaman in Zack Snyder’s ‘Batman v Superman‘. One of my sons is a huge Aquaman fan and wanted an Aquaman necklace made for him that he hasn’t taken off once in 3 months. This is a boy that doesn’t care what everyone else thinks about his heroes. When it comes to who will be playing the titular character we will pass that information on to you as soon as we receive it.