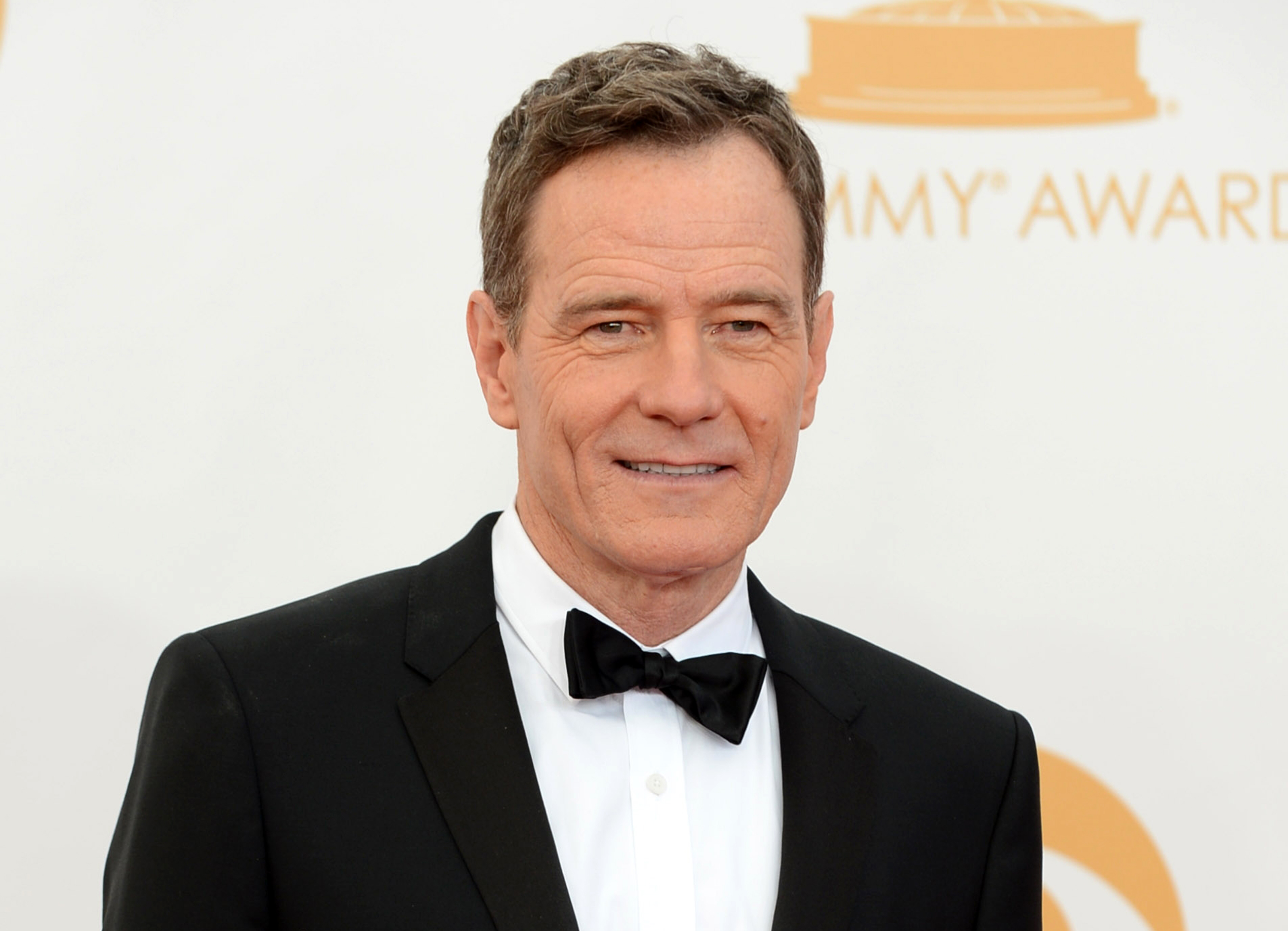 When you take a multi-faceted actor like Bryan Cranston, his many hats show throughout his career. You’ve got the spineless, browbeaten dad, Hal from ‘Malcolm in the Middle‘, the absolutely brilliant, frightening, genius that is Walter White from ‘Breaking Bad‘. Then you turn-around and he’s in the ‘Rock of Ages‘ musical whaling out Pat Benatar’s ‘Hit Me With Your Best Shot‘. He does some fantastic voice-over work for animated productions. Remember the 6-episode of the animated version to ‘Clerks‘? Chances are if you’ve seen that, you’ve heard Cranston’s voice ( you also understand Jay’s saying “we steal monkeys all the time!” in a later film), but I digress. PLUS!!!  Don’t forget that he’s a bad boy with the roller skates! Remember that episode in Malcolm where he had a big skate scene? That was really him doing it! He’s a renaissance man. The real deal. So it shouldn’t be such a surprise that after Cranston wrapped with ‘Breaking Bad’ that he went straight to Broadway. 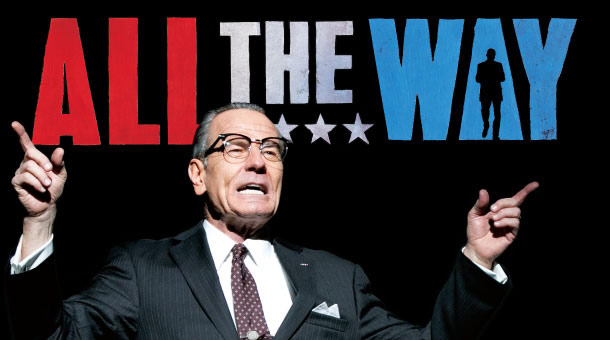 That Broadway debut wasn’t a campy revival of any of the millions of shows you could think of. Once you find out he is giving an electrifying portrayal of one of the most controversial, ambitious and exciting presidents of the 20th century, playing the role of President Lyndon Johnson in the play ‘All The Way‘.

This is the play which only last month won the Tony for best play and best leading actor in Cranston. With a powerhouse play and performer linked already, HBO Films didn’t waste any time to snag the rights to Robert Schenkkan‘s play, keeping Cranston attached to the project, as well. Not only did they get film rights and Cranston, they got the Pulitzer Prize-winner Robert Schenkkan, author of the play,  writing the adaptation. Adding to the star-power already in place is Steven Spielberg’s Amblin’s Television as well as Tale Told Prods. and Moon Shoot Entertainment, with Spielberg, Darryl Frank and Justin Falvey, Schenkkan and Cranston executive producing and James Degus co-executive producing. 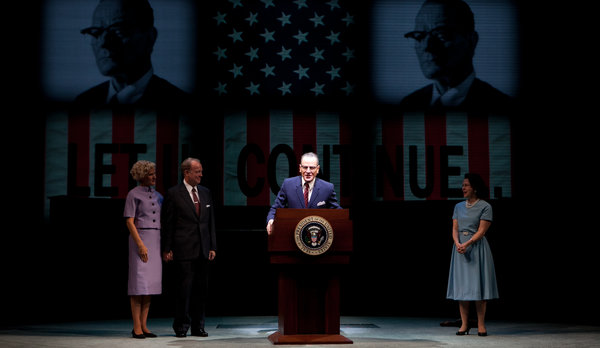 Last month, Spielberg optioned the play with the intention of adapting it for TV with Cranston as the star. The package came together so neatly, it was like destiny. Spielberg has strong ties to HBO with their long history of Emmy-winning epic miniseries. One of these mini-series ‘The Pacific‘ had Schenkkan working as a writer and co-producer. This project is seriously coming together in a way that makes you wonder if divine intervention really did have a hand in this!

‘All The Way‘ gives a behind-the-scenes look at Johnson’s tumultuous first year in office as he takes the oath in the wake of President Kennedy‘s assassination, navigates the escalation of the Vietnam War, and balances opposing interests to launch his landmark civil rights bill and win election to his first full presidential term. Before beginning on ‘All The Way’ Cranston will begin production on a project of Jay Roach’s ‘Trumbo’ in the title role of Dalton Trumbo, the successful Hollywood screenwriter whose career came to an end when he was blacklisted in the 1940s McCarthy era for being a communist.