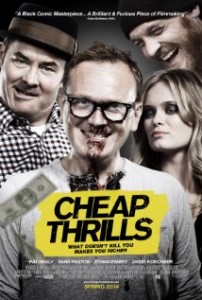 It’s an age-old question—“How much money would it take to get you to [fill in the blank]?”—, the idea being that every man, woman, and child have a breaking point, where the pay-off is simply too good to pass up.

For all intents and purposes, the filmmakers behind the movie Cheap Thrills ask the same question, but they’ve put their own unique spin on it. Not only do they want to know how much it’s going to cost but what you’re willing to do to prevent your competitor from accomplishing the task first.

Craig (Pat Healy) and Vince (Ethan Embry) are a couple of high school buddies who haven’t seen each other in years. After accidentally reuniting at a bar, they commiserate about the sad state of affairs in both their lives: Craig a married father on the verge of eviction who has just lost his job, Vince a bachelor squeaking by as a collections agent, in the most violent sense. It’s a recipe for disaster.

Enter Colin and Violet, played by David Koechner and Sara Paxton—a mismatch of a couple if ever there were one—, celebrating Violet’s birthday in the same bar. It quickly becomes clear that not only do they have money to burn, but they’re looking for a flame. Two flames, in fact, both of which are willing to fulfill outlandish requests in the hopes of being paid. 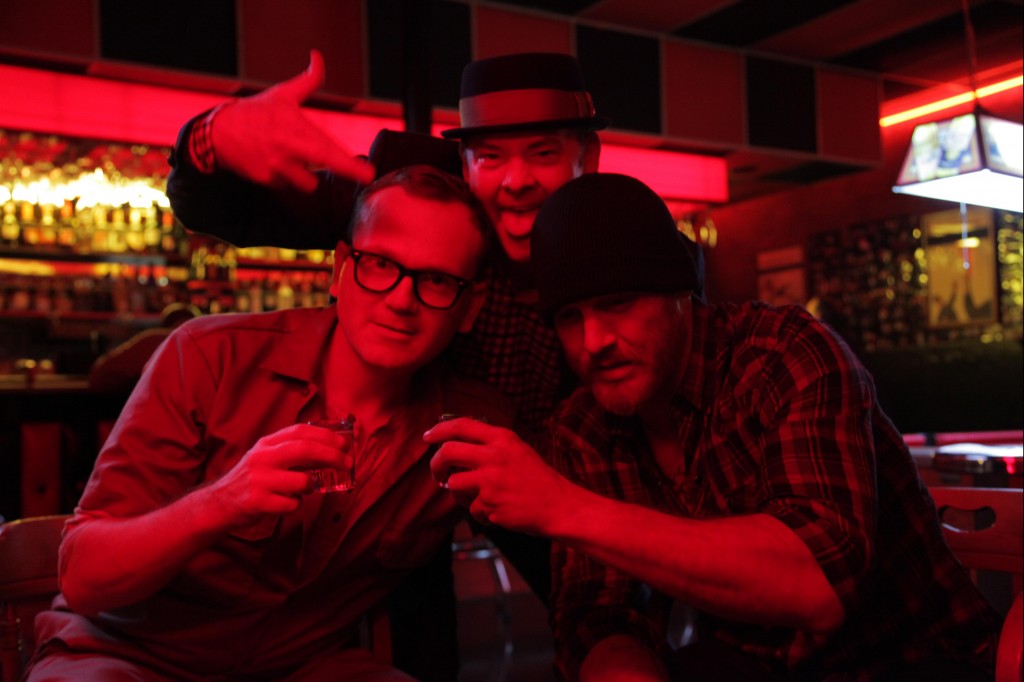 If only one word could be used to describe the cast, it would have to be commitment. There is never a single moment where the stakes or the potential consequences are in question. Koechner, primarily known for his comedic work, in particular the Anchorman movies, provides a consistent sense of menace. While always very reserved, we never doubt his potential for violence at the drop of his hat, nor his commitment to providing his much younger bride with a party no one involved will ever forget.

While I did find the film entertaining, I couldn’t help but wonder when it was that I became so inured to such outlandish depravity. Make no mistake, this movie visits some very dark places and takes the viewer along for the ride, willingly or otherwise, but I couldn’t help but feel that I might have enjoyed the proceedings even more if the envelope were pushed a little further.

Overall, Cheap Thrills is worth the price of admission.