‘Game of Thrones’ Headed to the Big Screen?!? 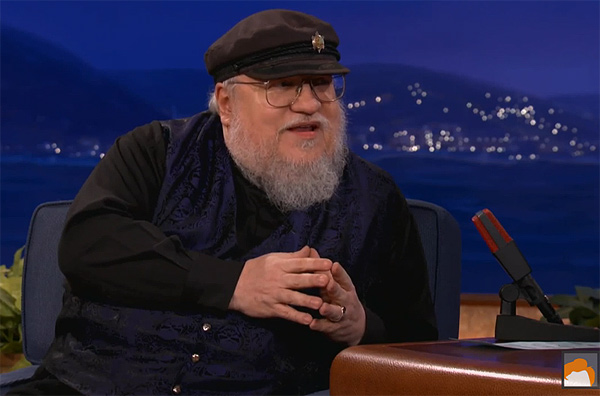 Author George R.R. Martin has created success with his ‘A Song of Ice and Fire‘ series that has been extremely well received in it’s adaptation to series play on HBO. The small screen may, indeed, be too small to cover everything  Martin has given the production team to work with. Martin said, “It all depends on how long the main series runs. Do we run for seven years? Do we run for eight? Do we run for 10? The books get bigger and bigger in scope. It might need a feature to tie things up, something with a feature budget, like $100 million for two hours. Those dragons get real big, you know.”

Another story line that is a possibility for feature film conversion is basedd on Tales of Dunk and Egg, a series of three prequel novellas Martin wrote that revolve around a group of characters, including Ser Duncan the Tall, who lived in the mythical Westereo 90 years before the vents depicted in his book series ‘A Song of Ice and Fire‘.

“They could be the basis for a film,” Martin added at the post-premiere bash held at the Museum of Natural History, where a suspended giant whale cast a shadow over the crowd not unlike one of Martin’s dragons. “I have written these three stories, and I have about a dozen more.” 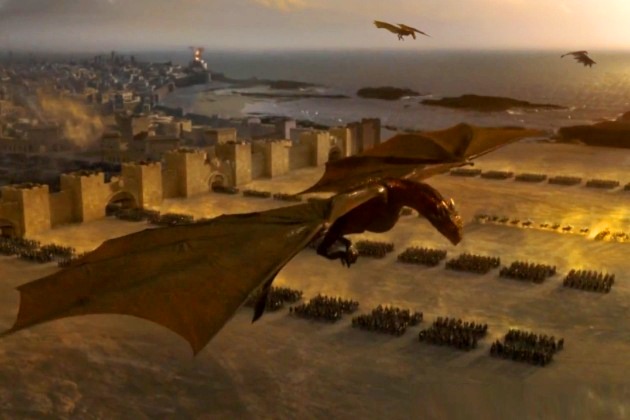 Martin wouldn’t go into any more detail about the characters other than to say they are direct ancestors to the characters we love, and love to hate, on ‘Game of Thrones‘, currently.Warner Bros released films on HBO’s banner series ‘Sex and the City‘ and the upcoming big screen treatment of ‘Entourage‘. Warners also have a great track record with marketing a medieval tale with ‘The Hobbit: Desolation of Smaug‘ earning nearly $1 billion worldwide. This is definitely a practical marketing plan that can cross into other films, which would be ideal with any of Martin’s work going to  the silver screen.

The author, who reminds me of a tugboat fisherman, has bent the literary world on its ear when we think of a dragon-age story and the heroes involved. Most of us know that the hero, the good guy, always comes out on top and might be hurt, but never killed! Now readers are scared to turn the page because with almost a psychopathic happiness, he revels in our fears that our character may not survive whatever hot water they’re in. If there’s any truth to the joke that he kills off a character for every time someone asks how long until the next book comes out, that only proves that Martin is doing what he truly loves in creating dynamic characters and story lines.