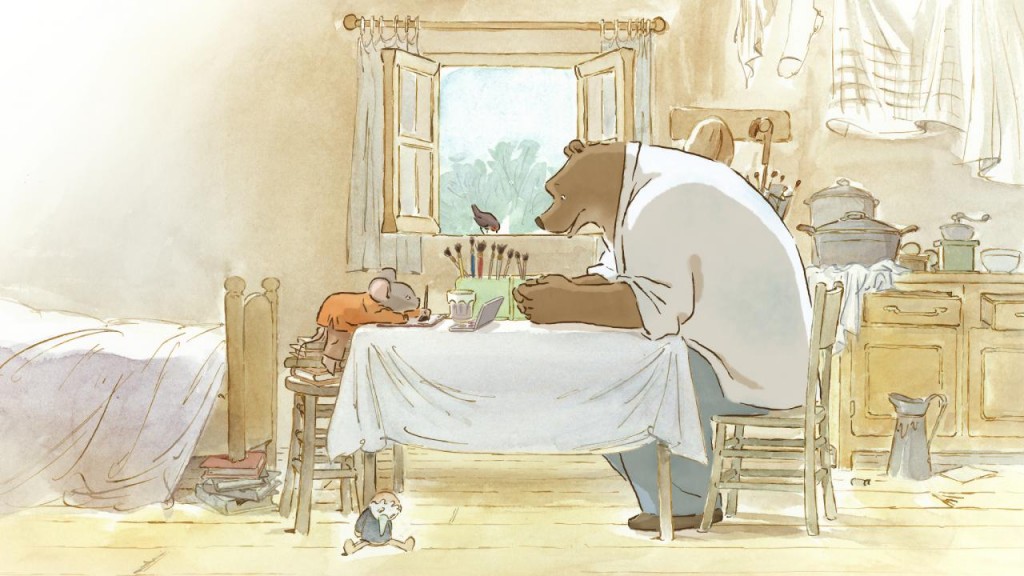 “Ernest and Celestine” is an Academy Award nominated (Best Animated Feature) film, from the creators the “Triplets of Belleville” and “The Secret of Kells”, about the unlikely friendship between a bear and mouse. I watched this film in its original French language with subtitles, but it is also available in a dubbed English format, with a voice cast including some slackers you’ve probably never heard of like Forest Whitaker, Mackenzie Foy, Lauren Bacall, William H. Macy, and Paul Giamatti. Though the French cast is not packed with name droppers (for Americans anyway), they are perfection, especially Pauline Brunner who voiced the darling little mouse Celestine, and Lambert Wilson as the grumpy bear Ernest.

Being more acquainted with the sleek, polished animation styles of Disney, DreamWorks, and even Miyazaki, I was a little worried about the animation feeling juvenile and too sketched, but the watercolor style quickly grew on me, and was the perfect medium for such a charming story. 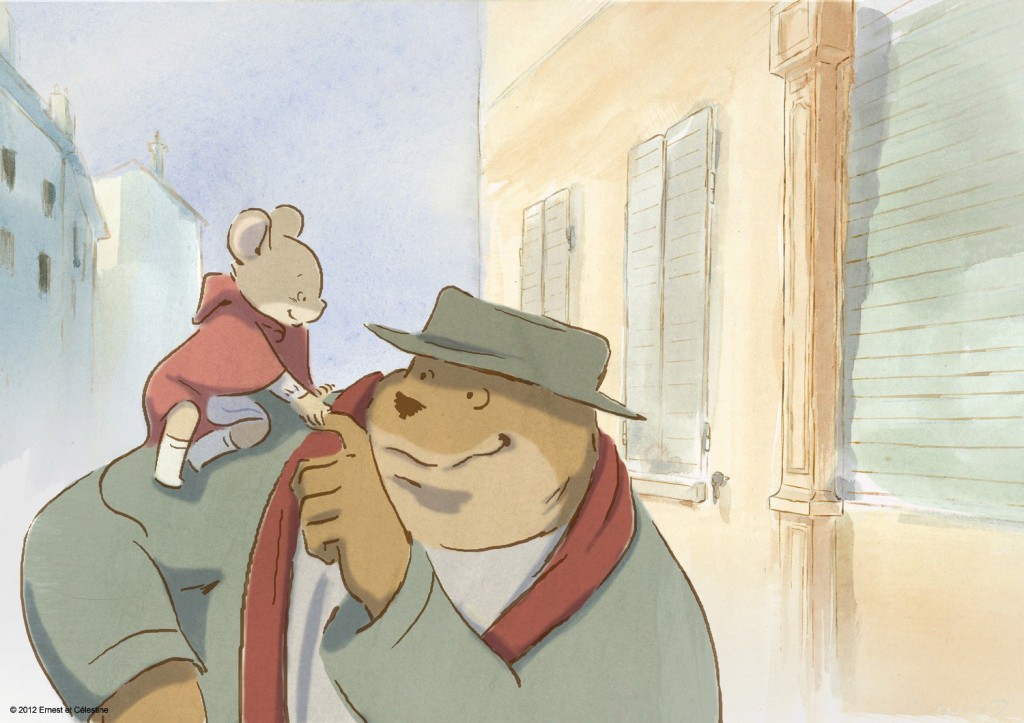 Celestine and her town of mice live underground and only come to the surface at night, or else the Big, Bad Bear might eat them. Ernest and his bear community live on the surface and do not tolerate the mice. If you let one mouse in, they’ll take over and bear life will get supposedly be un-manageable. Every bear knows that. So when Ernest and Celestine help each other out and then end up fugitives from their respective clans, they escape to Ernest’s home in the forest to hide for the winter, and become the best of friends.

What seems on the surface a sweet tale of bear and mouse becoming friends actually has a much deeper lesson to teach us about the ways we view other cultures. And that it is not all about shaking the status quo, or accepting racism just because “that’s the way it has always been”.  I will definitely be adding this to my kids rotation of animated films, and it’s nice to be able to have one that has such a wonderful message of acceptance.