You would think that by the look of ‘300: Rise of an Empire‘, the sequel to the 2006 hit film ‘300’, director Zack Snyder had returned to make this film. Well, you’d be wrong as Noam Murro directed this, making this film his first feature film. But don’t worry, Snyder seemed to have a heavy hand and watchful eye over this film, as his handprints are all over this from his screenplay to the camerawork. It’s all here again in this prequel, side story, and sequel that features a lot of the same characters from the original. ‘300’ cost $65 million to make back in 2006 and was largely made in front of a green screen. That film grossed over $457 million dollars.

While I doubt this sequel will do that well, I anticipate it making a solid dent in the box office during its run. Unfortunately, Frank Miller didn’t have much to do with this sequel, but it was based on his unreleased book called ‘Xerxes‘. The film starts out right where the last one left off, with Leonidas (Gerard Butler) laying dead with his 300 Spartans, as Xerxes (Rodrigo Santoro) is marching forward with his giant army to destroy Greece.

However, we get a prequel story of sorts about how this whole war got started, which sheds a little light on the Persian side of things. One might say that the Greeks were the ones to blame. But we see Themistokles (Sullivan Stapleton) lead his Athenian army to destroy a group of Persians looking to settle on land. Themistokles shoots his trusty arrow into King Darius, Xerxes’ father. Xerxes, a plain man sees this and is completely devastated as the Persians retreat back to their home. You’d think that Xerxes would become the evil man he became because of this, but that’s not the case, for there was someone behind the shadows who told him lies and filled his head with evil thoughts that caused him to take his journey and destroy the human side of himself and become the God-King we saw in ‘300‘. 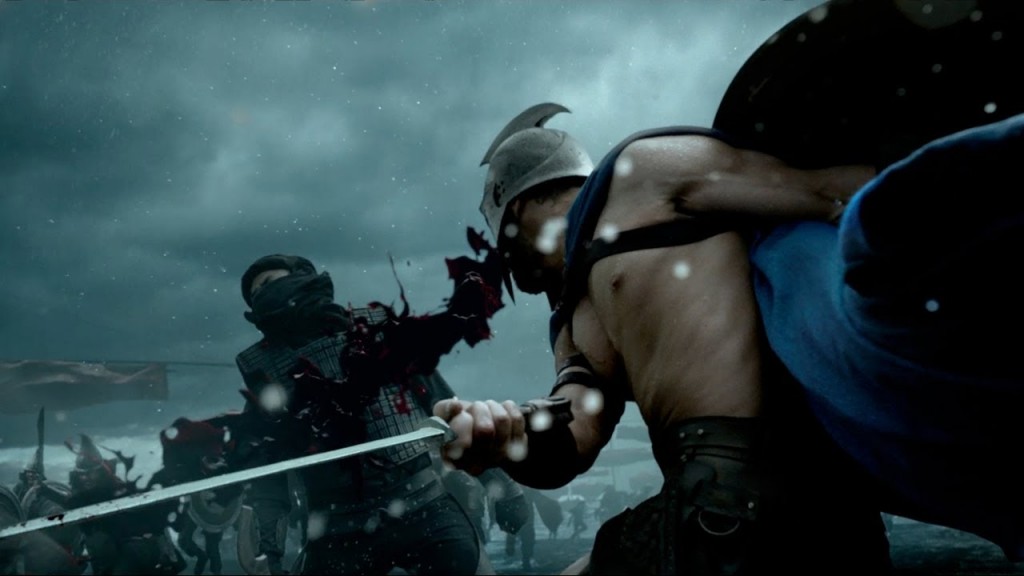 That person is Artemisia (Eva Green, excellent), a young orphan girl who was found by someone very familiar, who Leonidas kicked into a bottomless black pit after he yelled ‘This is Sparta!” Artemisia was looked after and trained by this man and King Darius. When the King was killed, she vowed to kill every last Greek on the planet and told Xerxes to do the same, despite what the King said on his deathbed, which was essentially to keep the peace. Come to find out, Xerxes takes a backseat throughout this whole film, as he only serves as the face of Artemisia’s movement, while Artemisia calls all the shots. If it wasn’t for Artemisia, maybe Leonidas would still be alive and Xerxes would be a peaceful human being.

Meanwhile, Themistokles heads to Sparta to unite all of Greek in a war against the Persians, but Queen Gorgo (Lena Headey) informs him that her husband Leonidas and 300 of his men journeyed out to fight themselves, leaving Themistokles and his army of men, who aren’t necessarily soldiers to fight thousands upon thousands of Persians on the rough Greek waters. So basically, this story takes place as Leonidas and his 300 men army are killing the Persians on land during part one. 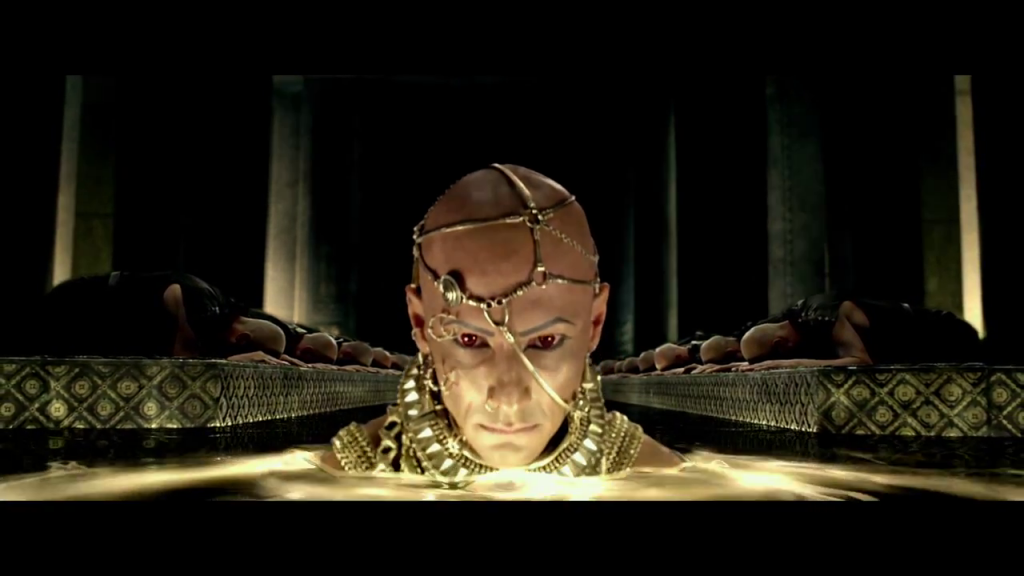 The best part of the film by far is Eva Green. Her Artemisia is quite amazing. She is such a tortured soul, but holds nothing back and shows no mercy to her enemies and even her own army. And in an epic sex scene between her and Themistokles, which is awkward, funny, and rough, you can’t help but see her anger and betrayal in all of her body. She really is the ultimate badass, even if she is an evil badass. The fight scenes are very similar to the first film with tons of slow-motion mixed with real-time as each spear and knife makes contact with skin. This time though, no matter how deep the cut or decapitation, a gallon of red blood spews on the camera in 3D.

Speaking of the 3D, this is some pretty spectacular 3D. It seems that they hired a giant team to create dust and sand in 3D throughout the film. There is so much depth, image wise, that it might be some of the best 3D put on film. For this being Murro’s first feature film, it didn’t seem like he had free reign to do what he wanted with it, because it seems like Snyder took over for a lot of the shoot. ‘300: Rise of an Empire‘ is a solid sequel that has everything you want in a ‘300‘ sequel from nudity to blood to epic fight sequences. If you were a fan of the first movie, then you’ll definitely enjoy this sequel, but if you didn’t then you won’t have a good time.