Presenters for 2014’s Academy Awards Have Been Released!!

The most glamorous night in Hollywood is coming up quick.We see our own version of American royalty dressed to the nines, and walking the red carpet.  Producers of The Oscars, Craig Zadan and Neil Meron have given us a rundown on the list of stars that will be presenting the Academy Awards of Merit. Ellen DeGeneres is hosting the live event on Sunday, March 2 on ABC. 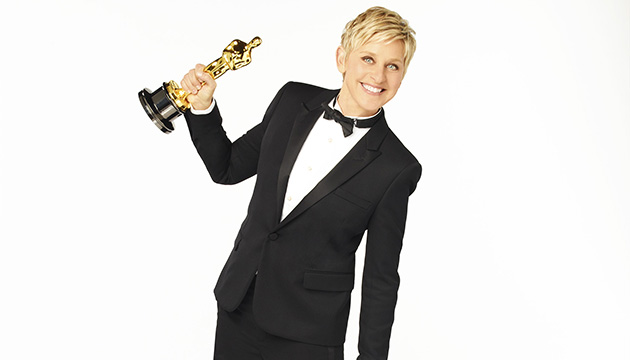 Ellen DeGeneres leads the list of presenters which are comprised of past Oscar winners, nominees and future winners, the presenters for the evening will be:

There you have it. The mega-watt star power that will present this year is definitely a versatile group. Fans of all ages should be entertained by the production and as always, Ellen DeGeneres’ wit is going to make the night flow seamlessly from presenter to award. The Academy always does well with honoring members from the film industry that pass away, sometimes all too soon. I hope they can work quickly and fit a tribute to Harold Ramis in Sunday’s show.

“We are very excited that the Hollywood community will be turning out in force for Sunday’s Oscar ceremony,” said Zadan and Meron. “We sought to include a tremendous diversity of stars to represent not only this year’s nominees, but the legacy of the motion picture business as well.”

The film family turns out in high style, no matter if they’re hoping for a win of their own, or supporting a cast-mate. It’s the one night of the year we turn Hollywood into Camelot. By the way, Jennifer Lawrence’s character from Academy winner ‘Silver Linings Playbook’ is the reason when people look up phones to connect to, everyone knows which one is mine. That’s right ‘Crazy Slut With A Dead Husband’- that’s my phone. It gets along well with my printer, ‘Castle Greyskull’.