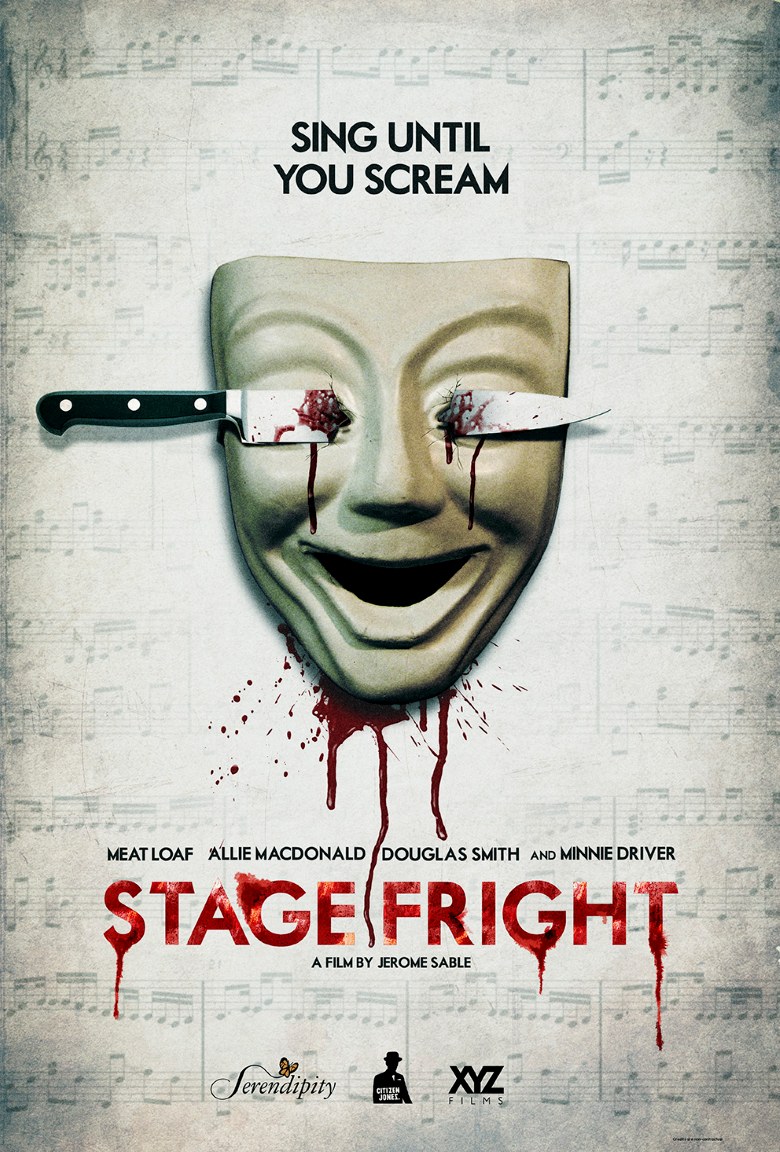 Genre-bending features are not a really new thing. When they’re done right though, we stand up and cheer. Remember ‘Zombieland‘, a grisly zombie flick that made us scream – with laughter? ‘The Cabin in the Woods‘, ‘Shaun of the Dead‘, ‘Rocky Horror Picture Show‘? If the movie can be categorized by more than one descriptor, it’s a genre-bender. ‘Rocky Horror Picture Show’ for example can go into Sci-Fi, Comedy, Musical and Horror categories. After all that explanation, I can tell you that I am excited for the release of the horror comedy musical, ‘Stage Fright‘.

Jerome Sable (‘The Legend of Beaver Dam’) claims his first project as a director with this film. The tale of a starry-eyed teenager with Broadway dreams sneaks out of kitchen duty at the preppy performing arts camp where she works to audition for the summer showcase and lands the lead, only to find herself in the middle of a bloodbath when someone goes way off script. Allie MacDonald (‘House at the end of the Street’, ‘Longmire’) and Douglas Smith (‘Big Love’, ‘Percy Jackson: Sea of Monsters’) are siblings, Minnie Driver co-stars as their mom, and Meat Loaf runs the summer camp where a killer is on the loose because they hate musical theater. 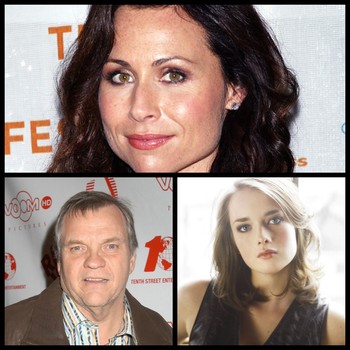 Magnet releasing will distribute through it’s Magnolia label. Magnolia president Eamonn Bowles called the movie “an assured debut” and believes the genre-bending “will appeal to genre fans of all stripes.” Director Sable said “I am honored that they’re helping me with my lifelong dream of bringing bloodthirsty gorehounds and musical theater geeks a little bit closer together.”

I don’t think this is going to bomb, personally. One of the reasons is the idea of a ‘Scream‘ meets ‘Glee‘ mash-up. How could this possibly go bad? Add to that my love for musicals, Minnie Driver’s proven success in the genre from her role in ‘Phantom of the Opera’, and who could forget Meat Loaf as Eddie in ‘Rocky Horror Picture Show‘? I see a new favorite movie of mine in the making.

Magnet is planning an Ultra VOD release with Stage Fright hitting iTunes/On Demand on April 3 ahead of a May 9 theatrical debut. The pic is produced by Ari Lantos and Jonas Bell Pasht of Serendipity Point Films. Original music and lyrics are by Sable and collaborator Eli Batalion, who also appears in the film as the camp’s music director.