Blake Harris has a new novel dropping in May of this coming year entitled ‘Console War‘. Sony Pictures has already snapped up the feature rights from Atlantic Books. The behind-the-scenes business thriller that chronicles how Sega, a small, scrappy gaming company led by an unlikely visionary and a team of rebels, took on the juggernaut Nintendo and revolutionized the video game industry. Culminating in a David and Goliath face-off. The battle was vicious, relentless, and highly profitable, eventually sparking a global corporate war that would be fought on several fronts: from living rooms and schoolyards to boardrooms and Congress. It was a once-in-a-lifetime, no-holds-barred conflict that pitted brother against brother, kid against adult, Sonic against Mario, and the US against Japan.Atlantic will publish ‘Console Wars: Sega, Nintendo and the Battle that Defined a Generation’ in August.

Seth Rogen and Evan Goldberg have teamed on directed and writing ‘This Is the End‘. The duo have worked together on ‘Pineapple Express‘, ‘Superbad‘, ‘The Green Hornet‘ and ‘The Guilt Trip‘ and will direct ‘Console Wars‘ from their own script. Scott Rudin known for ‘Captain Phillips’, ‘Moneyball’ and ‘The Social network’ for the studio is producing. 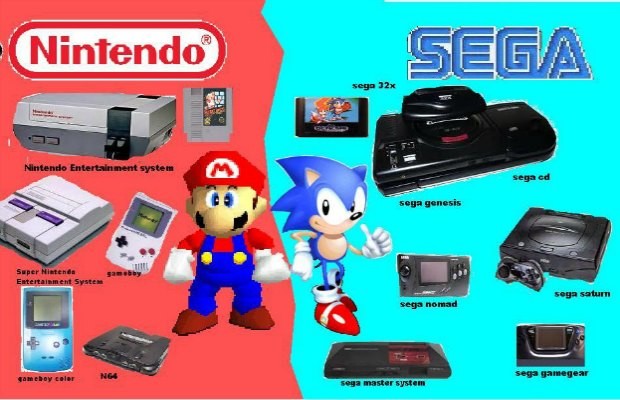 The author, Harris, is executive producing and also co-directing a documentary on the same subject with Rudin, Rogen and Goldberg producing as well.  Harris draws on hundreds of interviews to present the first full account of this titanic corporate battle, which transformed computer games into a global industry that last year recorded sales of $50 billion (surpassing the film and music businesses combined). Toby Mundy of Atlantic books, commented: ‘Blake Harris’s amazing book has all the narrative drama of the work of Michael Lewis and Ben Mezrich. It should appeal to gamers and non-gamers alike.’