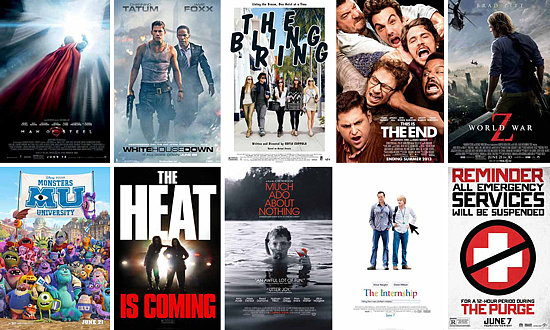 And here we are, at the very end of 2013. What a year for movies. This was an amazing year for film. There were so many great independent films, documentaries, and movies that were just highly entertaining, that I’ve watched them more than five times already. As usual, as long as I’ve been doing this, my Top Movie list of the year is very different from most everyone else that has made a list. I don’t know why – well I do know, because I’m twisted and crazy. But how I base my list is a variety of factors, not ones that the Oscars base their opinions on, but rather a more humble and fun variety of factors. For example, did this movie make me stand up and slow clap, or did it make me slap the person next to me and yell ‘THAT WAS AWESOME’! It’s those kind of things. So without further delay, I present to you my TOP 15 list for 2013. Let me know if you disagree or agree, love or hate, or just want to say hi. Enjoy.

14) WE ARE WHAT WE ARE (Amazing horror film. It’s the ‘Texas Chainsaw Massacre’ as if it were an indie film.)

13) EVIL DEAD (Remarkable and gory as hell remake of a classic.)

12) NOW YOU SEE ME (One of the best magician movies ever to come out with a twist ending I didn’t see coming.)

11) THIS IS THE END (The most fun I had at the theater this summer. Hilarious.)

9) STOKER (One of the most beautifully shot and creepy films about a serial killer made this year.)

8) THE ACT OF KILLING (The most insane documentary I’ve ever seen.)

7) PRISONERS (The first film to have enough suspense and thrills since the movie ‘Se7en’.)

6) NEBRASKA (A great feel-good and funny story about a family sticking together. Worth the trip.)

5) MUD (One of the best coming-of-age movies this year with great performances.)

4) SHORT TERM 12 (I wanted to stay with these characters till the end of time.)

3) WAY WAY BACK (The best coming-of-age movie in the last few years. Great characters and writing.)

2) GRAVITY (If this was the last movie I saw before I die, I’d die happy. It’s that amazing.)

1) THE WOLF OF WALL-STREET (Simply the best on every level. One of the few movies where I wanted to immediately watch it again.)