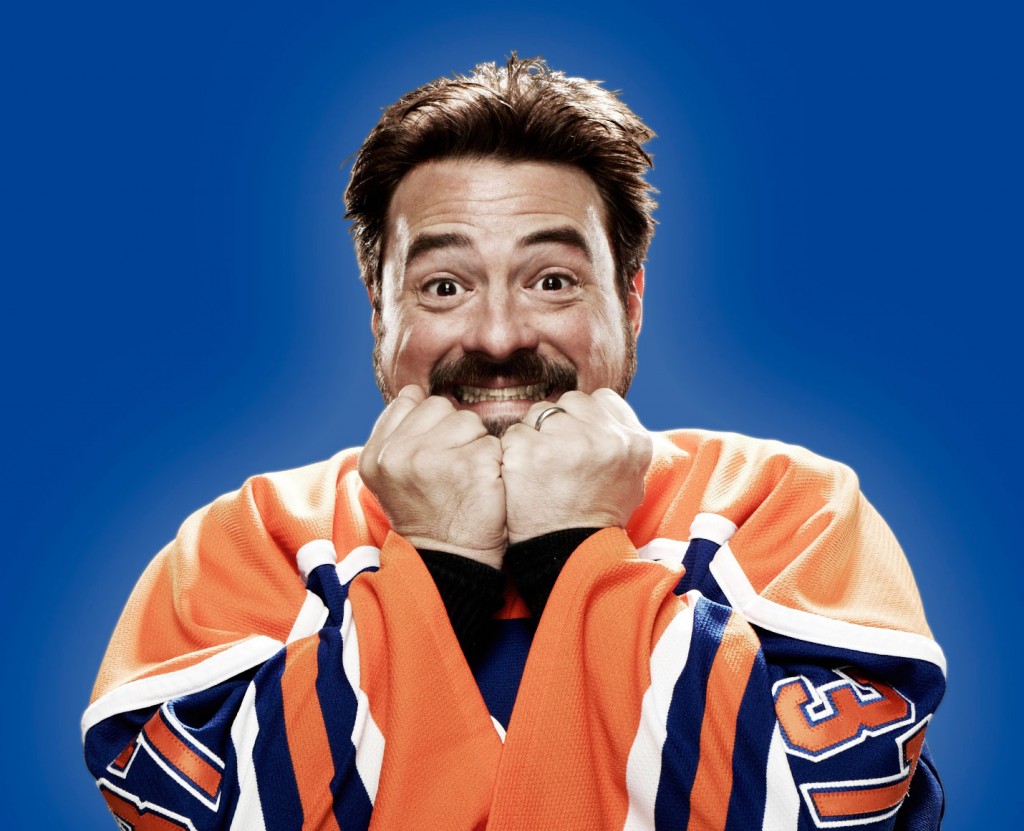 Kevin Smith. I don’t hide my unabashed love for him and lust for Silent Bob’s counterpart, Jay, or has we know him, Jason Mewes. Felt like I was just living out the fantasy in ‘Jay and Silent Bob Strikes Back‘ when he first saw Justice. OK, back to the reason I’m writing this. There is news on the ‘Clerks III‘ front! I seriously did a fist pump like I was channeling my inner Judd Nelson when I learned this. You know how Kevin Smith tells us that we’re going to have a new Clerks movie, but he has to do this one project first? This is one of those projects. In a new interview with Entertainment Weekly, the next film he’s going to make is titled ‘Tusk‘. Smith says it will be an “Ivory bridge” to ‘Clerks III’. If that’s not some Oscar Wilde like word play, I don’t know what is. Yeah, gratuitous insertion of ‘Clerks II‘ reference. Smith says it will make financing the sequel easier and also to work out some of the cobwebs from not having directed a film since 2011’s ‘Red State‘. We can all agree we want Smith at the top of his game for what will probably be the final Clerks installment.

Silent Bob revealed that Justin Long has joined the cast of ‘Tusk‘, opposite Michael Parks, as the man whom Parks hires to live in his house in a walrus suit. Seriously, I saw that add on Craig’s List and had no idea it would end up as a movie. Wait, the ad I saw wanted someone to dress up as the penguin from ‘Billy Madison‘. Sorry…moving on!

A direct quote from the interview with Smith. “I think ‘Tusk’ will be an ivory bridge, if you will, to ‘Clerks III’. I finished up the script [for Clerks] in May or June, but the timetable is pretty tough because the budget is larger. ‘Tusk’ is a moveable feast at like $2 million and change, so it was way more nimble to put that together. ‘Tusk’ was just something to do while waiting for news back on ‘Clerks III’. Suddenly, people were like, “Really? A human walrus? That sounds fucked up.” It suddenly took pole position. Then I started going, “Look, I do this, it’s going to make ‘Clerks III’ even easier to do. I can warm up for Clerks ‘III’. It’s been a couple of years. Maybe I need some warmup pitches. But you definitely will see ‘Tusk’ before you’ll see ‘Clerks III’. And if I have my way, you’ll see ‘Tusk’ up in Sundance in January.”

Here’s what Smith said about asking Justin Long to play a role in Tusk (a role he originally wanted Quentin Tarantino for):

Smith starts shooting ‘Tusk’ in October. ‘Clerks III’ will, hopefully, start shooting next year. Seriously, even if it is Justin Long in a walrus suit, NEVER accept a chocolate covered pretzel from him. I’m just saying it can’t end well.  This also sounds a little similar to the hit show on FX, ‘Wilfred‘.