Kurt Russell Is Now in the Next ‘Fast & Furious’ Movie!! 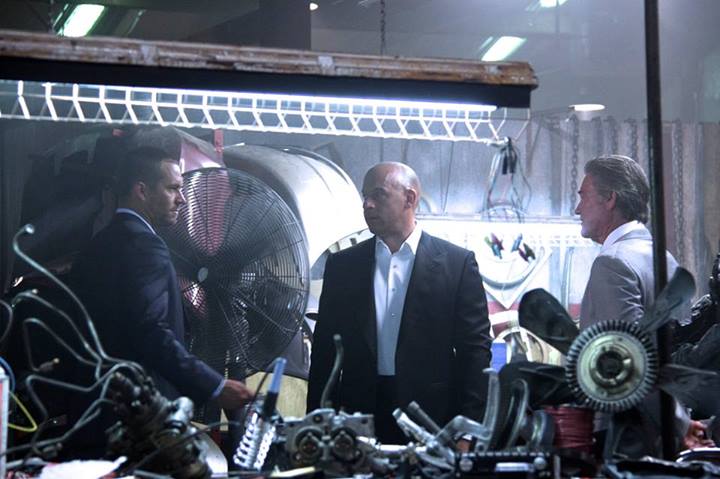 So I guess Kurt Russell is now officially a part of the ‘Fast and Furious‘ franchise. And why shouldn’t he be? He is an avid car enthusiast, likes to do a lot of his own car stunt work and is somewhat of a professional driver. Hell, you can watch the bonus footage or the actual film of Quentin Tarantino’s ‘Death Proof‘ to see just how much Russell loves cars.

Well, Vin Diesel posted an image on his Facebook account of himself, Paul Walker, and Russell on the set of the new ‘Fast and Furious‘ film, which is being directed by James Wan. Diesel wrote under the image, “Kurt Russell, such an honor to work with…P.s. One from set…”  Now, we have heard rumors in the past of Russell wanting to be a part of this franchise and him wanting to play a certain character, but nothing is really known at this moment for sure. Hell, we don’t know if he will be playing a villain or anti-hero.

But whatever the case is, we can’t get enough of Kurt Russell, so we are extremely excited about this news. You know why? “Because it’s all in the reflexes.”