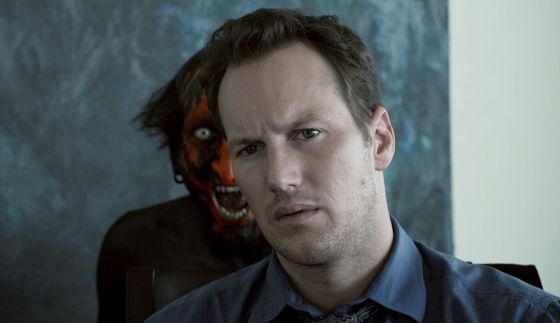 Three days after the sequel to ‘Insidious‘ is released for theatrical viewing, which continues the saga of the haunted Lambert family, Blumhouse Productions, Entertainment One, FilmDistrict, and Sony  announced a third installment to the hit horror film that took the  genre by storm in 2010. Screenwriter Leigh Whannell will lend his writing skills once more. This time without the direction of longtime collaborator James Wan. Wan just began filming Universal’s ‘Fast & Furious 7‘.

It seems he’s proven himself worthy of a bigger budget after directing success with the original ‘Saw‘, ‘Death Sentence‘, both ‘Insidious‘ films and the year’s highest anticipated horror, ‘The Conjuring‘. Producing will be Jason Blum for Blumhouse Productions with Oren Peli of ‘Paranormal Activity‘ fame. Executive producers include Steven Schneider, Brian Kavanaugh Jones, Peter Schlessel, Lia Buman and Xavier Marchand. The cast returning includes Patrick Wilson,  don’t forget this man can still belt out a show tune if necessary;

Rose Byrne, who played the wonderfully snarky Helen in ‘Bridesmaids‘; Lin Shaye, who played the Donnie and Marie loving, chain smoking mother of Jam in ‘Detroit Rock City‘; Ty Simpkins, the kid that brought the feels to ‘Iron Man 3‘ in a bit part; and Barbara Hershey whom I will always and forever associate with the lesbian ‘Footloose‘ craziness that was ‘Black Swan‘. If ‘Insidious 2‘ is as successful as the first film, I look for them to leave more than a door open for further trips to the Insidious wheel house. OK, so maybe it will be a door but big enough to drive a Mack truck through.