Want To Know What Happens in The First Scene of ‘Breaking Bad’s’ Final Mid-Season Premiere?? 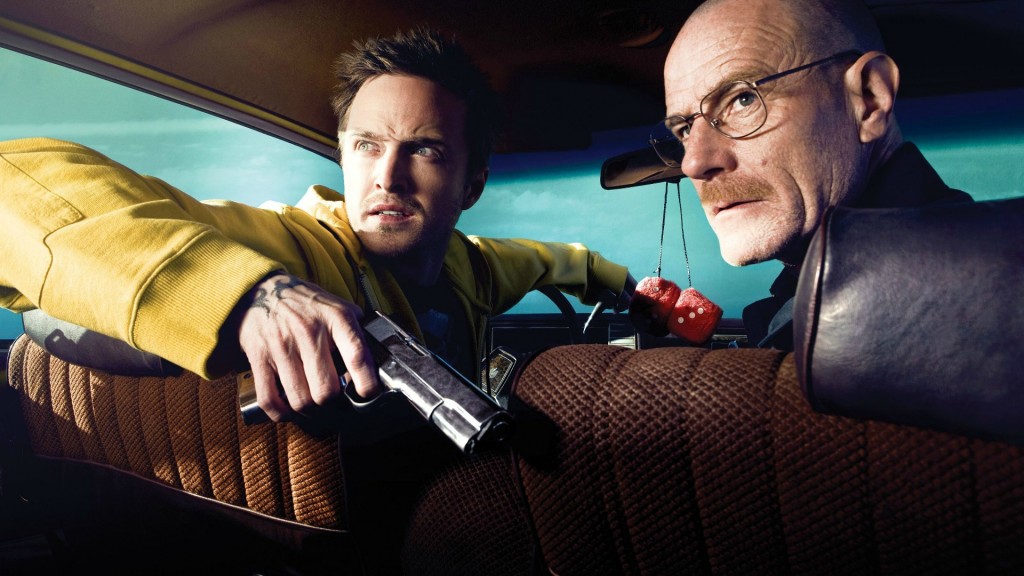 AMC’s ‘Breaking Bad’ had an epic panel at San Diego Comic Con this past weekend with cast and crew in attendance. Bryan Cranston even walked around the Comic Con floor in a highly detailed ‘Walter White’ mask, to unsuspecting attendees. You can see proof of that HERE and HERE. But after all of the Q & A’s and stories, we got the first scene of the final 8 episodes of ‘Breaking Bad’.

Needless to say, it’s insane. So this is ULTRA SPOILER HEAVY, so if you do not want to know what happens, then you can click HERE to see another story on the site. Or if you are curious to find out what happens in the first scene, you can read the “invisible text” below. Meaning, you will have to highlight the below segment to read.

So the final scene from the end of the last episode showed Hank finally realizing that Walt was in fact Heisenberg by finding the book Gale gave him, signed. And if you remember from the first scene of the season, it showed a bearded Walt with a full head of hair at a diner into the near future, where he purchased a gigantic M-16 gun.

In this first scene of this upcoming mid-season, we see a few close-up shots of several kids skateboarding. The camera pulls back and we see they are skateboarding in Walt’s pool, which is very dry. The camera pulls back again to reveal Walt and Skyler’s house completely boarded up with a big fence around the property that has “Warning” signs on it. I guess some serious shit went down here as it has been condemned.

We then see a recognizable car pulling up to house to which Walter steps out in a full beard. Maybe this is where he went after he picked up the gun. Walt goes to the trunk and picks up a tire iron, that is right next to the big M-16 gun, and then uses it to pry a board off his house to get inside. Once in the house, he sees that it is completely empty of anything and everything. There is not a piece of furniture or picture on the wall. The only thing he notices is the word ‘Heisenberg’ painted on the wall in gigantic letters.

Walt hears the skateboarders outside and peers out through one of the boards to make sure things are ok. He then walks through the house as we see him looking at his old hiding places, meaning the floor boards and the air vents. Walt then enters the master-bedroom and takes a quarter to unscrew the electrical socket to get the ricin he stored there several episodes ago. And yes, it’s still there. He takes the ricin and walks back to the car where his next door neighbor spots him and she is completely terrified that he is there, as she is frozen in her place.

We don’t know why she is so scared to see him, but Walt says, “Hi Carol.” And she drops her bag of groceries in terror, which we cut to black and we get the ‘Breaking Bad’ theme and title.

I cannot wait to watch these final eight episodes, which begin August 11 on AMC.