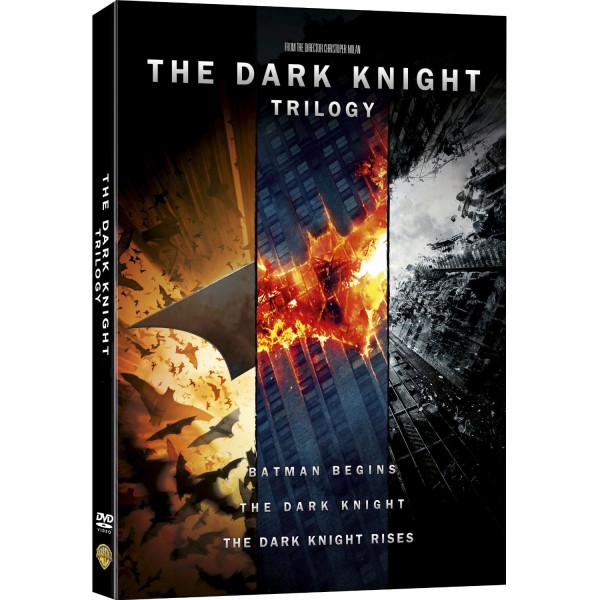 Christopher Nolan’s reimagining of the Batman franchise beginning with 2005’s Batman Begins enjoyed phenomenal critical and box-office success. Now on September 24, Nolan’s three Batman films – Batman Begins, The Dark Knight, and The Dark Knight Rises – will be released by Warner Bros. Home Entertainment as The Dark Knight Trilogy: Ultimate Collector’s Edition. The six-disc set will feature all three films with their existing extra content, two new featurettes and exclusive new collectible memorabilia. This must-own collection for fans of DC Comics’ Caped Crusader is available in premium packaging and will sell for around $100.00. I’m willing to bet it’s cheaper than that though at certain retail stores. ***ARTWORK IS NOT FINAL***

About the Ultimate Collector’s Edition (UCE): 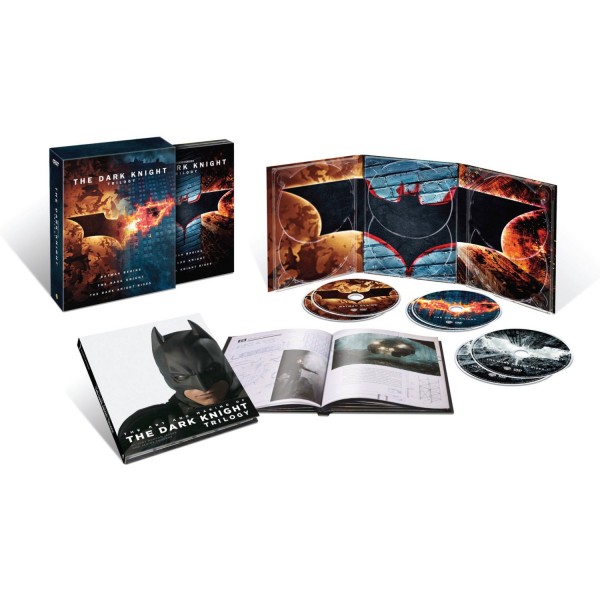 ·         Christopher Nolan & Richard Donner: A Conversation – For the first time, Directors Christopher Nolan (The Dark Knight Trilogy) and Richard Donner (Superman) sit down to discuss the trials and triumphs involved in bringing the two most iconic superheroes of all time to the big screen, and how Superman influenced Nolan when developing Batman Begins.

·         IMAX® Sequences: The Dark Knight; The Dark Knight Rises – See your favorite scenes as they were intended in the original IMAX© aspect ratio

Batman Begins explores the origins of the Batman legend and the Dark Knight’s emergence as a force for good in Gotham. In the wake of his parents’ murder, disillusioned industrial heir Bruce Wayne (Christian Bale) travels the world seeking the means to fight injustice and turn fear against those who prey on the fearful. He returns to Gotham and unveils his alter-ego: Batman, a masked crusader who uses his strength, intellect and an array of high tech deceptions to fight the sinister forces that threaten the city.

The follow-up to Batman Begins, The Dark Knight reunites director Christopher Nolan and star Christian Bale, who reprises the role of Batman/Bruce Wayne in his continuing war on crime. With the help of Lt. Jim Gordon (Gary Oldman) and District Attorney Harvey Dent (Aaron Eckhart), Batman sets out to destroy organized crime in Gotham for good. The triumvirate proves effective, but soon find themselves prey to a rising criminal mastermind known as The Joker (Heath Ledger), who thrusts Gotham into anarchy and forces Batman closer to crossing the fine line between hero and vigilante. Maggie Gyllenhaal joins the cast as Rachel Dawes. Returning from Batman Begins are Oldman, Michael Caine as Alfred and Morgan Freeman as Lucius Fox.

It has been eight years since Batman vanished into the night, turning, in that instant, from hero to fugitive. Assuming the blame for the death of D.A. Harvey Dent, the Dark Knight sacrificed everything for what he and Commissioner Gordon both hoped was the greater good. For a time the lie worked, as criminal activity in Gotham City was crushed under the weight of the anti-crime Dent Act.

But everything will change with the arrival of a cunning cat burglar with a mysterious agenda. Far more dangerous, however, is the emergence of Bane, a masked terrorist whose ruthless plans for Gotham drive Bruce out of his self-imposed exile. But even if he dons the cape and cowl again, Batman may be no match for Bane. Christian Bale stars, along with Michael Caine, Gary Oldman, Anne Hathaway, Tom Hardy, Marion Cotillard, Joseph Gordon-Levitt and Morgan Freeman.