‘The Conjuring’ is Breaking Records!!! 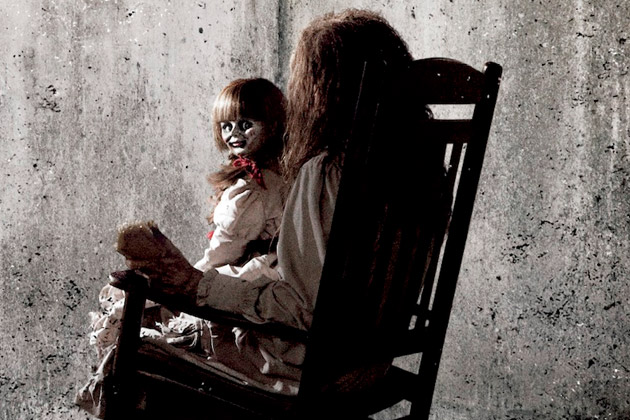 The horror genre is ruling the box office this summer, which is so cool. I’m a sick and twisted fan when it comes to horror, as I enjoy seeing every horror film, no matter how gory, terrible, or depraved it is. I live for that stuff. So, when I got the news that ‘The Conjuring‘, the new horror film by director James Wan has broken three records at the box office, I was giddy with joy. Why, you ask? Well because, this might pave the way for new and original horror films in our near future.

Usually, horror films have a very small budget, and tend to make tons of money. This instance only proves the theory right, yet again. Now personally, I enjoyed ‘The Conjuring‘ very much, which you can read my review HERE. I’m willing to bet that within in the next couple of weeks, we will get news of a sequel or prequel to this film, since it’s doing so well.

New Line Cinema’s “The Conjuring,” from director James Wan, rode a wave of strong critical and audience acclaim to an extraordinary $41.9 million opening weekend at the domestic box office.

The film broke records for:

·         The largest opening for an original horror film

·         The largest opening for director James Wan, who created the “Saw” franchise.

In addition, “The Conjuring” earned an A- CinemaScore, one of only three horror movies in the last 10 years to earn such a high mark from moviegoers (with no horror movie ever receiving a higher grade).

Based on the true life story, “The Conjuring” tells the tale of how world renowned paranormal investigators Ed and Lorraine Warren were called upon to help a family terrorized by a dark presence in a secluded farmhouse.  Forced to confront a powerful demonic entity, the Warrens find themselves caught in the most horrifying case of their lives.

From New Line Cinema comes a feature film drawn from the case files of married demonologists Ed and Lorraine Warren.  “The Conjuring” stars Academy Award® nominee Vera Farmiga (“Up in the Air,” TV’s “Bates Motel”) and Patrick Wilson (“Insidious”) as the Warrens, and Ron Livingston (“The Odd Life of Timothy Green”) and Lili Taylor (TV’s “Hemlock Grove”) as Roger and Carolyn Perron, residents of the house.

James Wan (“Saw,” “Insidious”) directed the film from a screenplay by Chad Hayes & Carey W. Hayes (“The Reaping”).  The film is produced by Tony DeRosa-Grund, Peter Safran and Rob Cowan, with Walter Hamada and Dave Neustadter serving as executive producers.