Director Timur Bekmambetov Will Take on ‘Wizard of Oz’ for the SyFy Network!!! 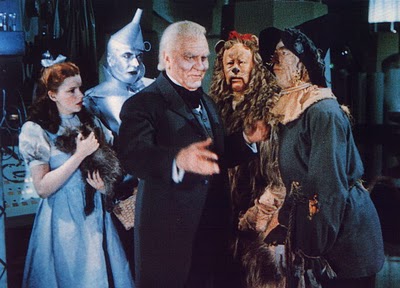 I don’t understand all the hype around making new reboots or re-imaginings of the world of ‘Wizard of Oz‘. The last attempt with ‘Oz the Great and Powerful‘ was awful, as you can read HERE. ‘The Wiz‘ wasn’t so great, neither have the countless other versions been up to par with the exception of the dark and twisted version ‘Return to Oz‘. But out of all networks and movie studios, the SyFy network seems to be getting into the Oz business.

Director Timur Bekmambetov is developing a mini-series for SyFy called ‘Warriors of Oz‘, which is based on his idea. Now who is Timur Bekmambetov? Well he directed two amazing films called ‘Night Watch‘ and ‘Day Watch‘. I suggest you watch those. However, he was also responsible for ‘Wanted‘ and ‘Abraham Lincoln: Vampire Hunter‘, which needless to say were both terrible.

This new take on Oz will be a fantasy-action re-imagining of the classic story we all know, in which a warrior from our present day Earth will be teleported to a post-apocalyptic future Oz, where he will team up with three other warriors. Can you guess who they will be? Heartless, Brainless, and Coward will be the other warriors who will set off to destroy the evil Wizard. This sounds completely stupid. Bekmambetov will produce and possibly direct, with the search going on for a writer. So will the warrior be a woman? Only time will tell.

If they write in a Sharknado in this mini-series, I might watch it.