Looks Like Christina Applegate will Star Opposite Ed Helms in ‘Vacation’!!! 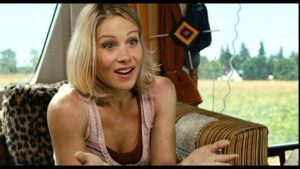 Christina Applegate is in the final stages of talks to secure her role in the new ‘Vacation‘ film, which is starring Ed Helms as Rusty Griswold.  John Francis Daley and Jonathan Goldstein are both directing the project which will play out like a sequel and reboot to the widely successful ‘National Lampoon’s Vactiaon‘ films that starred Chevy Chase and Beverly D’Angelo.

This new film as we have talked about before, will follow Rusty and his family who journey via road trip to a fun family vacation, just like in the original.  We hear the grandparents, which will be Chevy and Beverly will make an appearance as well.  Applegate will play Helm’s wife, who may be losing interest in their marriage.

This is a perfect choice for this role.  Applegate was great on ‘Up All Night‘, ‘Hall Pass‘, and ‘Anchorman‘. Anthony Michael Hall played the original teenage Rusty in the original film and from then on, it was played by other actors who have all made a name for themselves present day.  I for one can’t wait to hear that famous song ‘Holiday Road’.

I also wonder if we will see Randy Quaid reprise his iconic role as Cousin Eddie or if they will have one of his offspring hold that key role. I hope Quaid is in the new film.