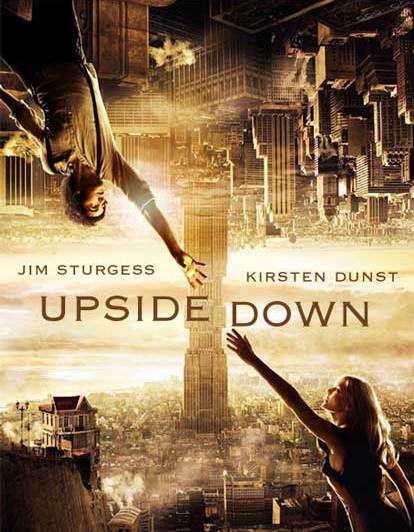 ‘Upside Down‘ came ridiculously close to being great, and though it succeeds on many levels, it misses the mark one too many times to really deliver what it was going for.  Still, this being the big screen debut for director Juan Solanas, it can be considered an impressive feat that has it’s strengths, but will likely face varied reception among audiences.

The problem is perhaps that the film tries to be too many things.  Star crossed lovers from literally opposite worlds face all sorts of obstacles to find each other.  All this occurs in a film that is set in a creative, yet unfinished, sci fi world.  In the meantime, there is plenty of action and comic relief thrown about.  Each of these elements alone probably could have worked, and with a little bit of tweaking, all the pieces could have fit in perfectly, but alas, we receive a film that is lost in its own lack of definition. 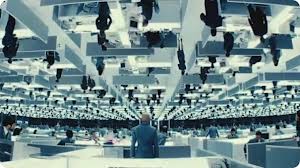 The backdrop is this, there are two planets that exist on top of each other, each with their own individual and self contained gravity.  One planet is rich, the other is poor, and these people literally look up to the sky to see the others.  All this is attempted to be explained in the opening credits, and the film’s strengths lie primarily in the little gimmicks played with this gravity game.  In fact, it is this gimmick that makes the film worthwhile.  Watching how impossible gravity plays out is a treat for the eyes, and this film is completely visually stunning, but even so, the make believe physics are not well enough defined to actually appease the sci fi nerds.

But lets put the fake physics aside for a minute and just consider them a necessary part of stretching the imagination.  The main thing here is a love story.  An incredibly superficial love story.  That’s the biggest failure of this endeavor.  Even if we suspend reality enough to accept the world that’s been created here, and it truly is a gorgeous world, the lack of depth in the two main characters makes us not care so much about the love story as we find ourselves pondering more about “now how does this gravity work again?”  Jim Sturgess does his best, but his lovelorn looks and goofy “I’m cute” face can only go so far.  And Kirsten Dunst is a graceful as ever, but she comes off much more as scenery than a character. 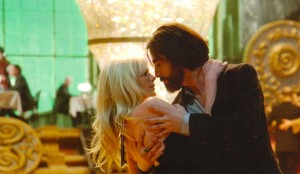 One very notable exception is Timothy Spall, whose character may itself be a victim to an underdeveloped script, nonetheless delivers some of the more memorable and heartwarming scenes in the entire film.

Regardless, despite its flaws, it is an enjoyable film.  With a bit more development, it could have been the next “Stardust;” a love story in a fantastic world that we come to believe in.  It was just a disappointment to find an overly simplified plot, especially with such complex physics.  But ultimately, it’s a cute film that happens to also be visually breathtaking.