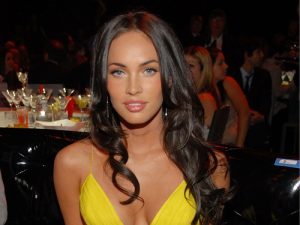 This is way out of left field. The last time we talked about Megan Fox and Michael Bay, it certainly wasn’t good.  Fox compared Bay to Hitler and both were fairly angry at each other.  But I guess by gones are by gones and Fox wants to be in big movies again. So Bay just announced on his blog that Megan Fox will indeed star in the reboot of TMNT, which will be a live action reboot.

Bay is only producing, but I expect he will have a heavy hand on set with this project. Jonathan Liebesman is directing this which is even more awful as he was responsible for the worst movie of last year, ‘Wrath of the Titans‘ and the year before that ‘Battle los Angeles‘. This movie is going to suck. We all know it.

And getting back to the feud with Fox, she also said Bay was a nightmare to work for, which led to her banishment from the ‘Transformers’ movie. So if she is starring in this, will she play April O’Neil?  Who knows. But we do know that this movie will be released in may 16th, 2014 with  a budget of 125 million, which that was the cut-down number. I am dreading this remake.  It can be salvaged by a Ninja Rap and Corey Feldman.