‘Flatliners’ Is Being Remade!! 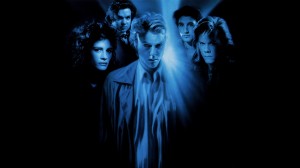 Yes, it’s true, but it’s not all bad news. Niels Arden Oplev will indeed directed a reboot of the 1990 thriller ‘Flatliners‘, which starred Kiefer Sutherland, Julia Roberts, Kevin Bacon, Oliver Platt, and Billy Baldwin. You might know Opley’s name as he was the guy who directed the original 2009 ‘The Girl With The Dragon Tattoo‘.

Oplev is very busy right now as he is about to have the premiere of his first American movie with ‘Dead Man Down‘, starring Colin Farrell, and he just finished the epic pilot for Stephen King’s ‘Under the Dome‘ story. I expect big things from this guy. If you need a refresher course, the 1990 ‘Flatliners‘ focused on a group of medical students who create very near death experiences in order to see if there is anything in the great beyond, but are visited by physical manifestations of sins to which they can’t figure out if they are real or fake.

The original film was made by Joel Schumacher, who in my opinion has made one great film, which was ‘The Lost Boys‘. Ben Ripley has been hired to write the screenplay for the remake, which he wrote ‘Source Code‘, according to Bloody Disgusting. This has potential, and I’m curious to see who gets cast in this remake as the original had some great actors.