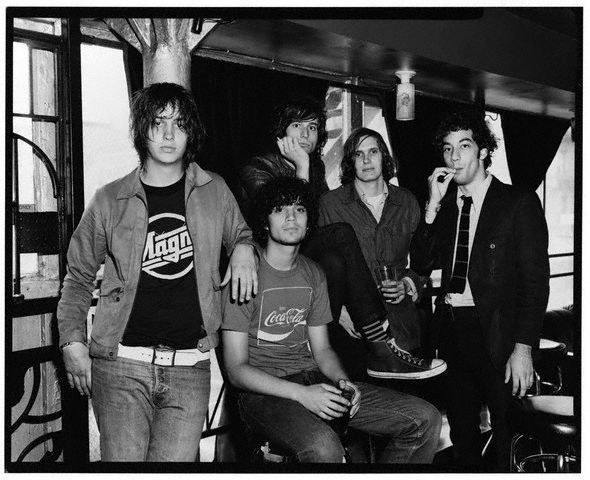 Interesting news buzzing around New York’s favorite garage rock revivalists today, as The Strokes have confirmed they will be releasing their fifth album in 2013, according to Billboard Magazine. Get ready to hear the album’s forthcoming track, “All The Time” on radio stations soon.

It’s been nearly two years since the band’s last LP, “Angles,” hit record store shelves, and honestly it’s been two years too long. News of a new LP comes just hours after a US radio station ‘claimed it had been sent a brand new Strokes track’ titled ‘All The Time’. According to Seattle’s 107.7, the station was sent the track by RCA Records. “We’ll have to ‘leak’ this soon. You won’t be disappointed…” a post on its Facebook page read.

Over the last few months, The Strokes denied working on new material when asked about a follow-up to “Angles,” but guitarist Albert Hammond, Jr.’s father confirmed they were indeed working on new stuff. According to NME, asked if the band were recording, Hammond Sr said: “Albert says that the stuff they’re doing is incredible. They’re doing it themselves with their friend, engineer and producer. He just says, ‘Dad, it’s incredible’.”

Don’t know about you guys and gals, but I’m excited for new Strokes material. Singer Julian Casablancas had been quoted previously not liking the how “Angles” turned out, as the band recorded most of their parts individually, and was eager to get back into the studio immediately to make a ‘do-over’. I think “Angles” is a great album, actually, and despite the bands feelings about the record, I can only imagine that album #5 will be top notch. The Strokes never disappoint.