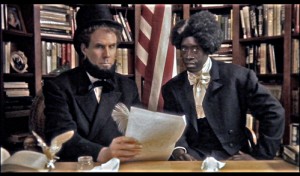 ‘Drunk History‘ is the new series that Comedy Central will air starting this summer with a first season eight episode order.  ‘Drunk History‘ was originally a web series on Funny or Die and has garnered millions and millions of hits.  I’m sure some of you out there have actually seen them.  If you have, this must be huge news for you.  Will Ferrell, Adam McKay, and Chris Hency will produce along with the series creators Derek waters, Jeremy Konner, and Owen Burke.

If you haven’t seen the web shorts, you’re in for  a real treat as the series features historical re-enactments by big named actors who are are telling these stories while they are actually extremely drunk.  McKay said,  “Will and I have always believed booze brings out truth. Sometimes that truth involves hitting on airport bar janitors or eating cheese fries at 4 a.m.  But in this case, we hope that truth will shine on our nation’s history.”

To give you an idea of some of the big names that have done the original web series are  Will Ferrell, Jim Carrey, Ryan Gosling, Jack Black, Don Cheadle, Michael Cera, Zooey Deschanel, John C. Reilly, Crispin Glover, Jason Ritter and Danny McBride.  One of the shorts won an award at the 2010 Sundance Film Festival where Ferrell and Cheadle starred as Abraham Lincoln and Frederick Douglass. I hope all is not lost by going to mainstream television.  I highly doubt it will on Comedy Central.