Check Which Superheroes Will Be Getting the Big Screen Treatment For Marvel!! 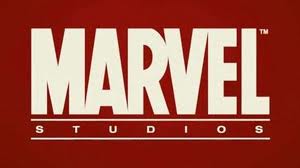 Marvel Studios has not let up one bit with prepping new films for more characters in their universe.  We do know that we will be getting a treasure trove of new superhero films over the next few years, which will lead up to ‘The Avengers 2‘ in 2015, which Marvel is calling Phase Two.  I guess Phase One started with the first ‘Iron Man‘ and ended with ‘The Avengers‘.

Phase Two will have ‘Iron Man 3‘, ‘Thor 2: The Dark World‘, ‘Captain America: The Winter Soldier‘, ‘Guardians of the Galaxy‘, and ‘The Avengers 2‘. Not a bad couple of years for Marvel.  I expect a few billion dollars will be made from these films.  However, Kevin Feige over at Marvel has given us some information about Phase 3, which will start in 2015 according to MTV.

The first film being the much anticipated ‘Ant-Man‘ by Edgar Wright (Scott Pilgrim, Shaun of the Dead). “‘Ant-Man‘ is definitely part of Phase Three.  Like ‘Iron Man 3,’ it’s certainly set in the Marvel Universe, but it’s also through the lens of Edgar Wright — which is the only reason we’re making the movie, said Feige.” 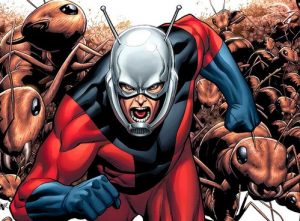 “I’ve known Edgar since our first lunch together at Comic-Con in 2004,” he continued. “He asked me what Marvel was doing with ‘Ant-Man’ — we weren’t even a studio then; what a difference eight years makes! It’s very much an ‘Ant-Man‘ origin movie from the perspective of Edgar Wright and his co-writer Joe Cornish. It will of course be firmly planted in the MCU, but a different corner than we’ve seen before.”

Indeed, “different corners” appears to be a theme of Marvel’s third phase. “So much of the stories we’re telling right now is about the core ‘Avengers‘ characters we’ve now met, and they’ll be evolving in big, surprising ways, in Cap’s next movie and Thor’s next movie and of course in ‘Iron Man 3,’ as we get them all into the next ‘Avengers’ film,” said Feige. “Beyond that… ‘Ant-Man’ is the only one officially announced, but you probably don’t have to look too far to guess at the next list of characters we’re toying with and beginning to develop.”

Feige went on to talk about another character planned for Phase 3. That being Doctor Strange.

“‘Doctor Strange,’ which I’ve been talking about for years, is definitely one of them,” he confirmed. “He’s a great, original character, and he checks the box off this criteria that I have: he’s totally different from anything else we have, just like ‘Guardians of the Galaxy.’ He’s totally different from anything we’ve done before, as is ‘Ant-Man,’ which keeps us excited.” 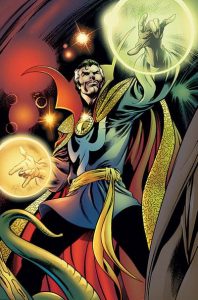