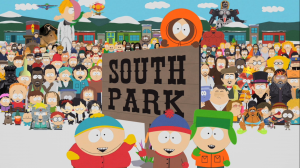 Some good news and bad news here.  For the past sever years, ‘South Park‘ on Comedy Central has scheduled their new seasons to air in a unique way. Each year we get 14 new episodes of ‘South Park‘, split into 7 episode half seasons.  There is really no reason for this, it’s just how Trey Parker and Matt Stone choose to do it. However now, beginning September 25th, South Park will air 10 new episodes in a row for their full season, cutting a whole 4 episodes per year.

I’m fairly certain, that this is because of their recent formation of their own production film studio, which we talked about recently. This new format of 10 episodes, will give Parker and Stone more time to deal with other projects, such as a possible ‘Book of Mormon‘ film. The NYT, spoke with Parker and Stone about this and they seemed very excited.

Stone said, “Why did we do seven and seven to begin with? We just sort of made that up. And we are switching to 10 for the same reason. It just sounded like a good number, and we won’t break up the year so we can more easily do other stuff.” Parker then added, “Now instead of putting out two albums a year, we are only going to do one, which is more manageable and ensures that it will be something we are proud of.”

However, they made us feel good in that they said ‘South Park‘ will continue on for a very long time stating, “We want to keep South Park going for a long time to come, and given what is going on in television, I don’t think it matters as much how many episodes you have,” Stone said.

Now, we just need another ‘South Park’ movie musical and all will be right with the world.