Jamie Foxx Might Play the Villain in the Next Spider-Man Movie!!! 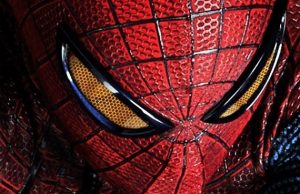 Columbia Pictures is courting Jamie Foxx to star as the next villain in the sequel to ‘The Amazing Spider-Man’, which already has Andrew Garfield returning to star as Spidey and Marc Webb returning to direct. The script for the new film was written by Alex Kurtzman, Roberto Orci, and Jeff Pinker, which was based on a previous treatment by James Vanderbilt. Remember Kurtzman and Orci wrote the reboot of ‘Star Trek’ for JJ Abrams.

According to Variety, Foxx might play Electro, and Shailene Woodley might play Mary Jane Watson as well.  Since this film is a little less than two years away from being released, there are tons of other options. Electro is the alter ego of Max Dillon, an enemy of Spider-Man who gains the ability to control electricity after being struck by lightning. Created by Stan Lee and Steve Ditko, the character first appeared in “The Amazing Spider-Man #9” in February 1964.

And if you remember from the first film, which came out earlier this summer, in the credit sequence where the Lizard (Dr. Curt Connors) is sitting in the jail cell, a mysterious shadowy figure appears in his cell and talks to him.  In that scene, there is a bit of lightning happening in that scene.  So, it sort of fits that Electro will be the villain.

This could be very cool. 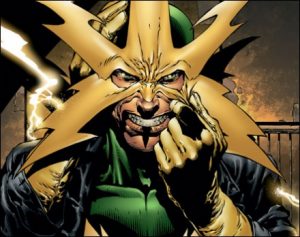