The CW Is Developing A ‘Buffy’ Like Super-Natural Series Called ‘Embrace’!!! 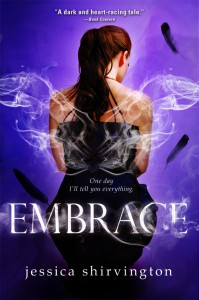 CW is planning a big projet called ‘Embrace’, based on Jessica Shirvington’s recent book.  CW has teamed with Amblin Television, Steven Spielberg’s company to adapt the drama series.  ‘Embrace’ is looking to start for the network’s next season of shows and they are hoping it will draw as big of a fan base as ‘Twilight’ and ‘Buffy’.

Bill Laurin and Glenn Davis will write ‘Embrace’, described as being in the vein of ‘Buffy’. It centers on twentysomething Violet Eden, who discovers that she is half-angel and the key to a centuries-old war between fallen angels and their earthly protectors. Laurin and Davis will executive produce the project.

Sadly, no Joss Whedon on this project.  Not sure what to think about this project yet, but I’ll give it a small chance.