The good folks over at Criterion have just announced their titles for December, 2012.  There are some really cool titles for December.  One  title I have waited for years to own on criterion.  Another title is actually Christopher Nolan’s first film, ‘Following’, which is very exciting.  If this is any indication, we might get future Nolan films on Criterion sooner than later, which means a possible Dark Knight Criterion. After all, with Criterion, most director’s who get a film in at Criterion, tend to get more of their films in that pot.   So here’s hoping.  Sadly, no announcement of ‘Good Burger’ or any of the Ernest movies yet, but hopefully in the year 2013, we will get at least one of those.  I can’t wait until December now.  Thanks, Criterion.  Thanks. 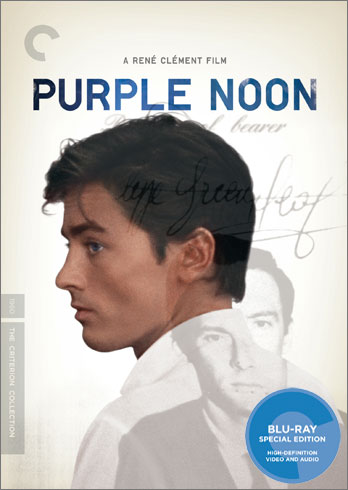 Alain Delon was at his most impossibly beautiful when Purple Noon (Plein soleil) was released and made him an instant star. This ripe, colorful adaptation of Patricia Highsmith’s vicious novel The Talented Mr. Ripley,directed by the versatile René Clément, stars Delon as Tom Ripley, a duplicitous American charmer in Rome on a mission to bring his privileged, devil-may-care acquaintance Philippe Greenleaf (Maurice Ronet) back to the United States; what initially seems to be a carefree tale of friendship soon morphs into a thrilling saga of seduction, identity theft, and murder. Featuring gorgeous on-location photography in coastal Italy, Purple Noon is crafted with a light touch that allows it to be suspenseful and erotic at once, while giving Delon the role of a lifetime. 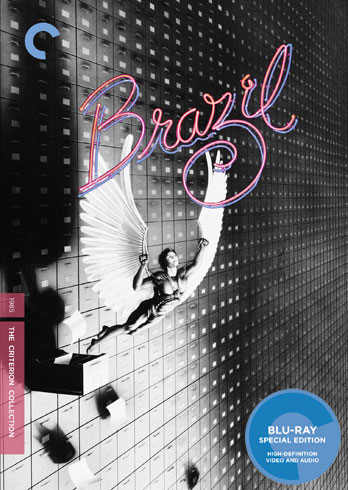 In the dystopic masterpiece Brazil, Jonathan Pryce plays a daydreaming everyman who finds himself caught in the soul-crushing gears of a nightmarish bureaucracy. This cautionary tale by Terry Gilliam, one of the great films of the 1980s, now ranks alongside antitotalitarian works by the likes of George Orwell, Aldous Huxley, and Kurt Vonnegut Jr. And in terms of set design, cinematography, music, and effects, Brazil, a nonstop dazzler, stands alone.
EXTRAS
THE QATSI TRILOGY: KOYAANISQATSI/POWAQQATSI/NAQOYQATSI (1983/1988/2002) DECEMBER 11, 2012 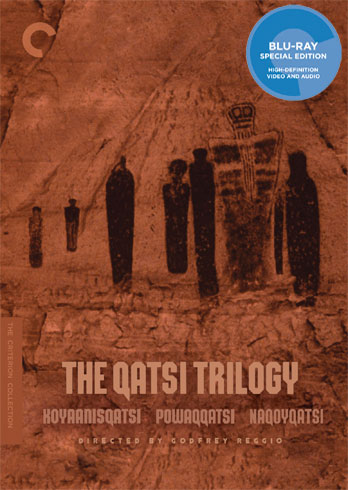 A singular artist and activist, Godfrey Reggio is best known for his galvanizing trio of films The Qatsi Trilogy. Astonishingly photographed, and featuring unforgettable, cascading scores by Philip Glass, these are immersive sensory experiences that meditate on the havoc humankind’s fascination with technology has wreaked on our world. From 1983’s Koyaanisqatsi (the title is a Hopi word that means “life out of balance”) to 1988’s Powaqqatsi (“life in transformation) to 2002’s Naqoyqatsi (“life as war”), Reggio takes us on an edifying journey from the ancient to the contemporary, from nature to industry and back again, all the while keeping our eyes wide with wonder.
KOYAANISQATSI
Godfrey Reggio’s Koyaanisqatsi is an astonishing collage; the film shuttles the viewer from one jaw-dropping vision to the next, moving from images of untouched nature to others depicting human beings’ increasing reliance on technology.
POWAQQATSI
Five years after Godfrey Reggio stunned audiences with Koyaanisqatsi, he joined forces again with composer Philip Glass and other collaborators for a second chapter. Here, Reggio turns his sights on third world nations in the southern hemisphere.
NAQOYQATSI
With a variety of cinematic techniques, including slow motion, time-lapse, and computer-generated imagery, the film tells of a world that has completely transitioned from a natural environment to a human-made one.
EXTRAS
FOLLOWING (1999)  DECEMBER 11,2012 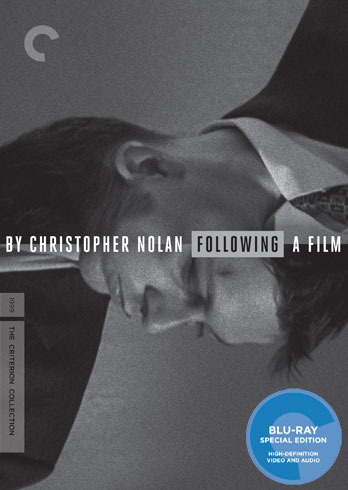 Before he became a sensation with the twisty revenge story Memento and The Dark Knight Trilogy, Christopher Nolan fashioned this low-budget, black-and-white, 16 mm neonoir with comparable precision and cunning. Supplying irrefutable evidence of Nolan’s directorial bravura, Following is the fragmented tale of an unemployed young writer who trails strangers through London, hoping that they will provide inspiration for his first novel. He gets more than he bargained for with one of his unwitting subjects, who leads him down a dark, criminal path. With gritty aesthetics and a made-on-the-fly vibe (many shots were simply stolen on the streets, unbeknownst to passersby), Following is a mind-bending psychological journey that shows the remarkable beginnings of one of today’s most acclaimed filmmakers.
EXTRAS